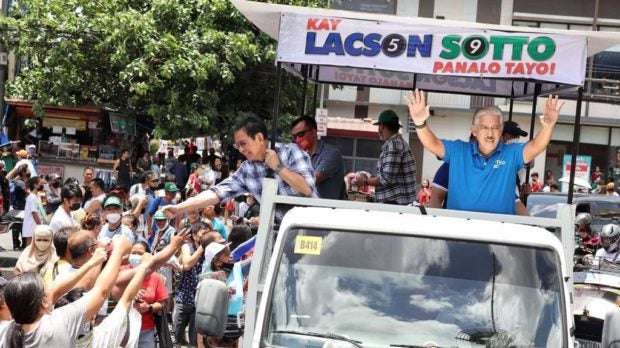 Lacson said Sunday the groups organized a motorcade that he and Sotto took part in. The motorcade passed through several parts of Metro Manila.

“Pasang Masda president Obet Martin talked to me. They decided to support our tandem,” Lacson said in a mix of English and Filipino at a press briefing Sunday afternoon.

Sotto added that Martin informed him of their support “a few weeks” earlier.

“Perhaps they think our platform of government will be best for the country,” he said.

Also, Lacson said he was heartened by the response of people who the motorcade passed.

Lacson and Sotto noted people they passed by during the motorcade either waved back at them or were polite, but none showed anger or hostility toward them.

The motorcade started at 7:30 am Sunday at the Quezon Memorial Circle. Its route included parts of the cities of Manila, Mandaluyong, Pasig, and Marikina.