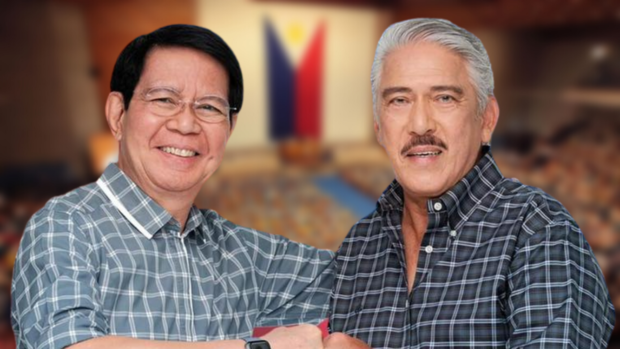 MANILA, Philippines — Presidential candidate Senator Panfilo Lacson and his running mate, Senate President Vicente Sotto III will most likely skip the rescheduled Commission on Elections (Comelec) debates which will now coincide with other scheduled engagements in the final stretch of the campaign.

Sotto, for his part, went as far as suggesting the cancellation of the debates as he appeared frustrated over the sudden change of dates.

He said that his tandem with Lacson adjusted their campaign schedule around the debate dates the Comelec had initially given to candidates.

Nevertheless, he stressed that he is eager to attend election debates since it would give him a chance to question his rivals regarding the role they played during the pandemic in the last two years.

But he pointed out that their campaign engagements have already been set and that it will be difficult to adjust to Comelec’s new schedules.

The poll body earlier announced that it will reschedule the debates it was supposed to host on April 23 and 24 to April 30 and May 1.

It was earlier reported that Impact Hub Manila, Comelec’s partner for the PiliPinas Debates, failed to settle its obligation with Sofitel Philippine Plaza Manila worth P14 million. The third round of debates was supposed to be held in the said venue.

“I’m seriously considering skipping the debates. I cannot just move my schedule like that. Napakaraming nakaschedule sa akin ng [I have a lot of activities scheduled on] 29, 30 and going into the last week of the campaign,” Sotto said.

While the two have been consistent in their attendance to presidential forums and debates, Lacson also said they will likely not attend the last leg of the Comelec debates due to conflicting schedules, especially with 15 days before the campaign period ends on May 7.

“Pinostpone nila yung April 24 na presidential debate to May 1, we cannot make those adjustments anymore kasi nakakasa na yung May 1. Yung sa vice presidential naman from April 23, ginawang April 30, we cannot also make adjustments just like that because we have our coordinators already making or already have made their preparations for those activities,” he stressed.

(They postponed the April 24 presidential debate to May 1, we cannot make those adjustments anymore because we have an activity set on May 1. The vice presidential debate was rescheduled from April 23 to April 30, we cannot also make adjustments just like that because we have our coordinators already making or already have made their preparations for those activities.)

Asked if skipping the last Comelec debates will affect their candidacies, Lacson answered in the negative.

“Ako [For me] it doesn’t matter, I have proven myself in the last two presidential debates and other forums so it won’t affect me that much,” he said.

(Those who are trying to catch up and prove their capabilities in the debates will regret skipping the event. But now, they can get ready and prepare better, but in my case, I think I have proven myself enough.)

Sotto, meantime, stressed the need to push through with already scheduled engagements.

He cited an engagement with his Nationalist People’s Coalition party mates, over 1,800 of whom are running for reelection.