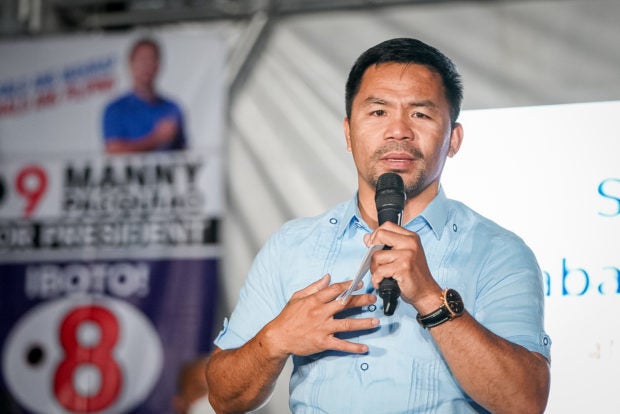 MANILA, Philippines — The Commission on Elections (Comelec) has canceled the vice-presidential and presidential debates and will hold instead a panel interview.

“I would like to announce that we will not be able to proceed with the debate … Hindi po natin ito maitutuloy pero hindi po siya (It will not proceed but it is not) canceled. Reset lang po (It will just be reset) by next week,” Comelec Commissioner George Garcia said in a press conference on Friday.

Garcia added: “The Commission on Elections, in partnership with the Kapisanan ng mga Brodkaster ng Pilipinas (KBP), has announced that the concluding event of the PiliPinas Debates 2022 Series will no longer be Vice-Presidential and Presidential Town Hall Debates.”

According to Garcia, all candidates will be entitled to a one-hour panel interview. It will be pre-taped and will air from May 2 to 6.

Candidates have the option if they want to be interviewed virtually or face-to-face.

“May (There are) circumstances na pumasok sa pagho-hold ng (that affected the holding of the) debate that it will be impossible on the part of the Commission to proceed with the debate on Saturday and Sunday,” explained Garcia.

The announcement came after it was reported that Impact Hub Manila, Comelec’s partner for the PiliPinas Debates, failed to pay its obligation to Sofitel Philippine Plaza Manila worth P14 million. The third round of debates was supposed to be held in the premier events venue.

Garcia, however, assured that the Comelec has yet to release funds for the postponed debates.

But the KBP has one request – that all presidential and vice-presidential candidates be present in the rescheduled event, according to Garcia.

Meanwhile, Comelec Commissioner Rey Bulay said the poll body will conduct an investigation on the reported failure of their partner group to settle payment to Sofitel.

(We will conduct an appropriate action. The Commission en banc will meet about this. I am preparing a letter demanding an explanation from all those concerned.)

The Comelec apologized to the presidential and vice-presidential candidates for the postponement of the April 23 and 24 debates.

Garcia said the Comelec is coordinating with the candidates through their representatives regarding the new schedule.

For presidential candidate Manny Pacquiao, debates are the best opportunity for candidates to showcase their plans and programs for our country.

He also asked the Comelec to provide more time for the candidates to lay out their platform of government so that the public may know who among the candidates have the best intention for our nation.