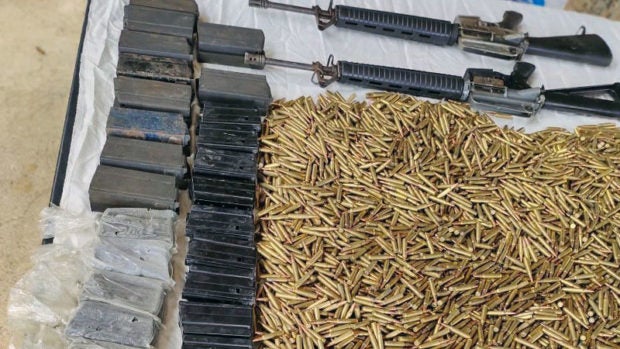 Police on April 21 recovered these firearms and ammunition in a remote area in Bulan town in Sorsogon province. (Photo courtesy of Bicol police)

LEGAZPI CITY––Government forces on Thursday found an arms cache in a remote area in Bulan town in Sorsogon province.

Calubaquib said the items were inside two blue drums buried in the ground.

“The discovery of the firearms and ammunition is another manifestation that the rebels continue to lose not only their manpower but also their firepower capabilities,” she said in a report. INQ