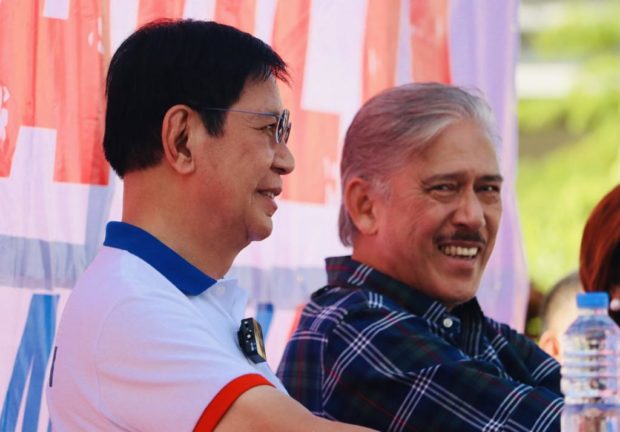 MANILA, Philippines — Senate Pres. Vicente Sotto III said his tandem with presidential candidate Sen. Panfilo Lacson is targeting the so-called silent majority, including soft and “thinking” voters, which he said comprises 45 to 50 percent of the electorate.

Speaking to CNN Philippines’ The Source, Sotto said the silent majority easily captures almost half of the votes needed to secure victory in the May 9 polls.

“Tingin ko nasa mga (I think) 45 to 50 percent. Approximately half,” Sotto said when asked how many soft and thinking voters and the silent majority are.

According to Sotto, there are many thinking voters whose support he and Lacson are counting on for the May 9 polls.

(Many and the silent majority are also many at the moment. Many people do not tell what they are really thinking.)

(Others are called soft voters. Even in various surveys, you can see that the number of soft voters of all candidates is large.)

Based on the latest Pulse Asia survey, Lacson is the fifth preferred president among respondents, garnering only two percent of the votes.

Meanwhile, Sotto is the second preferred vice president with 24 percent of the respondents voting for him.

For Sotto, surveys are only snapshots of a particular day as respondents could change their decisions immediately.

“With 2,400 respondents, it is very difficult to say if it resounds or not. Sixty-four million ang botante (are voters), 2,400 is not reliable at this point. At a certain time, siguro ‘yun ‘yung tinatawag nating (maybe, that is what we call) snapshot,” he pointed out.

(The surveys that we see are snapshots of that particular day. The day after, the 2,400 survey respondents can change their minds.)