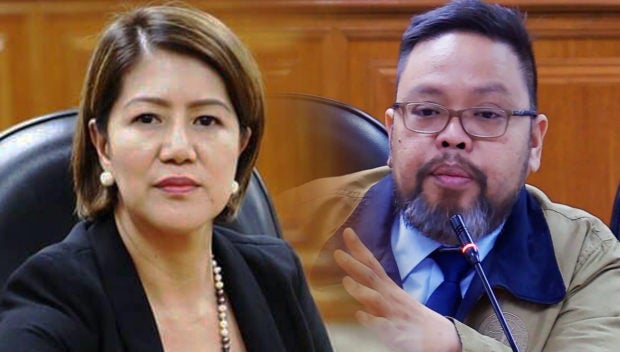 Bulay was heading the “Task Force Pilipinas Debates 2022 Fiasco,” which is tasked to investigate the issue. He made the recommendation to Comelec Chairman Saidamen Pangarungan.

“In the interest of the service, Commissioner Bulay recommended that Directors James Jimenez and Frances Arabe be temporarily relieved from any functions involving media relations and exposure,” a statement released by Bulay’s office reads.

“Temporary replacements” will be designated to continue the duties of Jimenez and Arabe.

However, Bulay recommended that the two Comelec directors be allowed to still  continue other functions under the supervision of their committee heads to “prevent disruption in the essential election operations.” Jimenez and Arabe were serving under the poll body’s Education and Information Department.

The recently assembled Task Force Pilipinas Debates 2022 Fiasco, “found reasonable cause to commence a formal fact-finding and administrative disciplinary investigation” into the issue after it held a discussion on its preliminary findings on Thursday, April 28, according to Bulay’s statement.

“Yesterday, 28 April 2022, after a discussion on their preliminary findings, the Task Force found reasonable cause to commence a formal fact-finding and administrative disciplinary investigation, and to include the Director of the Personnel Department in the Task Force, considering that COMELEC personnel are involved, and to ensure the observance of due process, and a thorough, proper, fair and impartial probe,’ the statement further reads.

“As much as possible, while the investigation is ongoing, Commissioner Bulay cannot release information on the issue to avoid a trial by publicity; to preserve the dignity of the procedures; and considering that government officials enjoy the presumption of regularity in the performance of official duties,” it also states.

The looming probe stemmed from the postponement of the last leg of the Comelec-organized presidential and vice-presidential debates dubbed PiliPinas Debates 2022 over issues on payment to the event venue.

In response to requests for comment, Arabe expressed readiness to abide by and comply with Bulay’s directive “when it comes.”

“I am prepared to turn over my duties to the person he will choose. In response to his directive dated April 22, I have duly submitted my explanation on the matter on April 25,” she said in a statement sent to reporters.

Earlier, Bulay asked Arabe, Jimenez, and other poll body officials for a written explanation on what prompted the cancellation of the presidential and vice-presidential debates originally scheduled on April 23 and 24.

“As far as I can determine, all my actions have been aboveboard concerning the staging of presidential debates. I respect the process and have faith in the fairness of the Commission En Banc,” Arabe continued.

Jimenez, for his part, has yet to issue a statement on the matter.