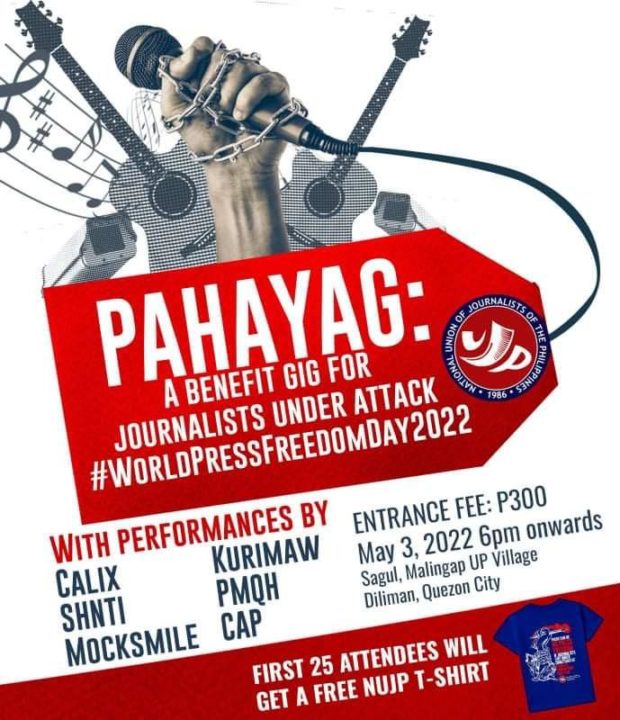 An invitation to the NUJP’s benefit concert for journalists.

MANILA, Philippines — In celebration of World Press Freedom Day, a benefit concert in honor of journalists under threat will be held in Quezon City on May 3, 2022.

The concert, titled “Pahayag: A benefit gig for journalists under attack,” will be hosted by the National Union of Journalists of the Philippines (NUJP) and will be held in Sagul, Malingap Food Park in UP Village, Diliman, Quezon City on Tuesday, May 3, starting 6:00 p.m.

“Say no to red-tagging and surveillance of journalists and media workers. Defend press freedom!” said the NUJP.