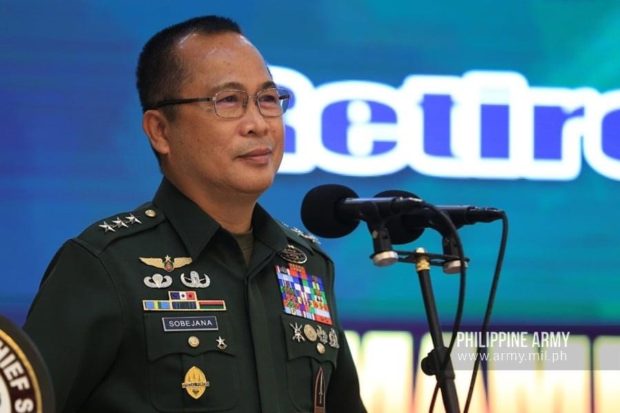 MANILA, Philippines — Citing a longstanding judicial tenet, a media organization on Thursday raised an alarm over remarks made by Armed Forces of the Philippines chief of staff Lt. Gen. Cirilito Sobejana that INQUIRER.net reporter Tetch Torres-Tupas bore the “burden of denial” against the allegations of Lt. Gen. Antonio Parlade. Jr.

“No sir, the burden of proof is ALWAYS on the accuser,” the National Union of Journalists of the Philippines said in a statement.

The NUJP called out Sobejana following claims he made during a media briefing Wednesday implying that Parlade and Torres-Tupas both shared burdens of proof.

“On the part of General Parlade, the burden of proving why he tagged Tupas as a (terrorist) supporter is on him. Now if he proves it and presents evidence establishing that Tupas is a supporter, the burden of denial is on Tupas,” Sobejana said.

The NUJP said for Sobejana to consider the possibility that Torres-Tupas’ reporting might have been influenced by her “emotions,” which was first suggested by Parlade, is dangerous, pointing out that the AFP chief was picking up “Parlade’s twisted logic and dangerously equate journalism, or the mere act of writing a news report, with the journalist’s supposed ‘sympathy.’”

“This is victim-blaming, pure and simple, and attempts to create a legal fiction that both accuser and accused have an equal responsibility,” it said.

Parlade earlier called Torres-Tupas a “propagandist” on social media for reporting about two Aetas allegedly tortured by soldiers in Zambales. He said this was a fake story, and raised the possibility of suing her for “aiding the terrorists by spreading lies.” He later clarified that he won’t file charges against the reporter.

As a reporter for the justice beat, Torres-Tupas wrote the article based on a legal document, a petition filed before the Supreme Court. Other journalists reported the same story based on the same source.

The Supreme Court on Tuesday junked the said petition.

A report from the Philippine Daily Inquirer on Thursday said Parlade admitted that he only saw Torres-Tupas’ story, and not those from other journalists covering the courts and justice department.

But Parlade, in an interview with ABS CBN News Channel on Thursday, remained unapologetic for calling Torres-Tupas a “propagandist,” because of a similar story she wrote in November last year.

“I have a basis. Remember, I told you Tetch Tupas made that statement in November even after the investigation by CHR (Commission on Human Rights) and government forces. They were able to prove these allegations were false,” he said.

“If you’re going to repeat that allegation so many months after, what do you call that? You continue to peddle all these false accusations against the government,” he said.

But like other reporters who covered the same story, Torres-Tupas merely reported a manifestation filed by the National Union of Peoples’ Lawyers before the Supreme Court in November.

While Parlade said he did not mean to hurt Torres-Tupas, he insisted that the journalist had a motive in writing the story. “She has an agenda. But as far as hurting her, that’s not my intention,” he said.

The military has launched a probe to look into the social media posts of Parlade, who serves as the spokesperson of the National Task Force to End Local Communist Armed Conflict and commander of Southern Luzon Command.