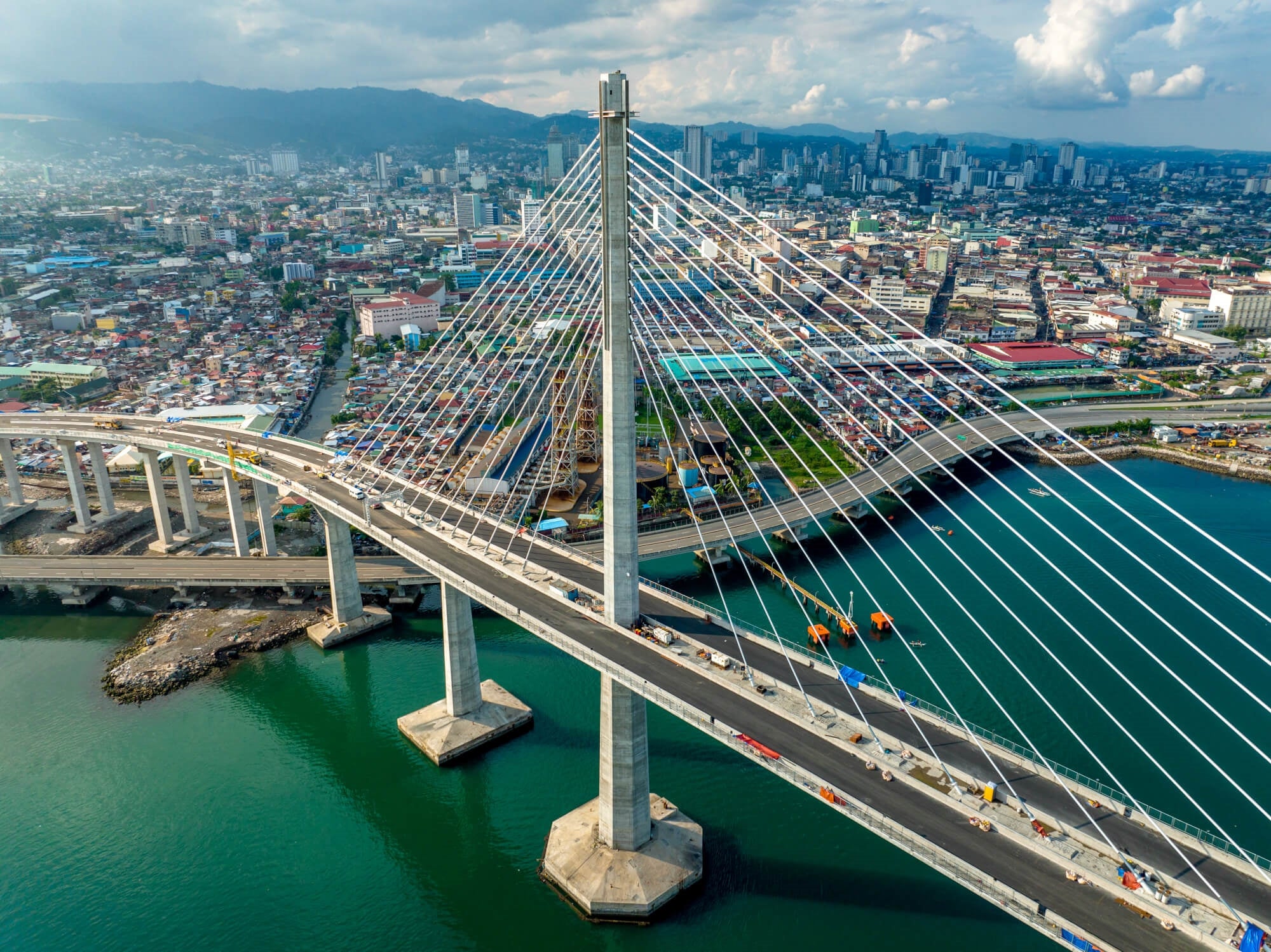 The 8.9-kilometer Cebu Cordova Link Expressway (CCLEX) or popularly known here as Cebu’s third bridge was expected to ease travel in Metro Cebu as it is expected to accommodate 50,000 vehicles per day.

While the P33-billion bridge was not part of the government’s Build, Build, Build infrastructure program, President Rodrigo Duterte led the opening of what has been considered the country’s longest bridge-way structure.

In his speech, Duterte said he was grateful to see the completion of the state-of-the-art project.

“Ako ang nag-ground break nito and I thank God for giving me the life to be able to inaugurate this bridge,” he said.

READ: No sailing along Cebu South Channel with Duterte visit for CCLEX inauguration

The CCLEX is highlighted by its iconic crosses on top of the twin pylons of the cable-stayed main bridge over the Mactan Channel to highlight Cebu’s title of being the Cradle of Christianity in the Far East.

Project developer Cebu Cordova Link Expressway Corporation (CCLEC), a subsidiary company of Metro Pacific Tollways Corporation (MPTC), implemented the construction of the expressway and oversaw the operation of CCLEX through a joint venture agreement with Cebu City and the municipality of Cordova.

The toll bridge will use an all-electronic toll collection system to provide safe and seamless travel between Cebu City and Mactan, which hosts the Mactan-Cebu International Airport. It has a 60- to 80-kilometer per hour design speed and a navigational clearance of 52 meters, allowing large vessels to pass below the bridge.

Business tycoon Manny V. Pangilinan, MPTC chairman, said Cebu has started to reap the benefits of the project which was built at a cost of at least P33 billion in 2018.

501st anniversary of Victory at Mactan

Before the CCLEX inauguration, Duterte graced the celebration of the 501st anniversary of the Victory at Mactan at the Liberty Shrine in Lapu-Lapu City.

The commemoration is known as Lapulapu Day or Adlaw ni Lapulapu.

“The strong leadership of the chief of Lapulapu earned him the honor and distinction as the first Filipino hero. It is only fitting to immortalize him through a monument at the Lapu-Lapu Shrine. I hope construction will continue at the soonest possible time,” said Duterte.

In 2017, Duterte declared April 27 of every year as a special working public holiday nationwide and a special non-working holiday in Lapu-Lapu City in commemoration of Lapulapu and his men’s victory against Spaniards during the Battle of Mactan in 1521. — with reports from Ador Vincent Mayol, Inquirer Visayas; and Daniza Fernandez, INQUIRER.net