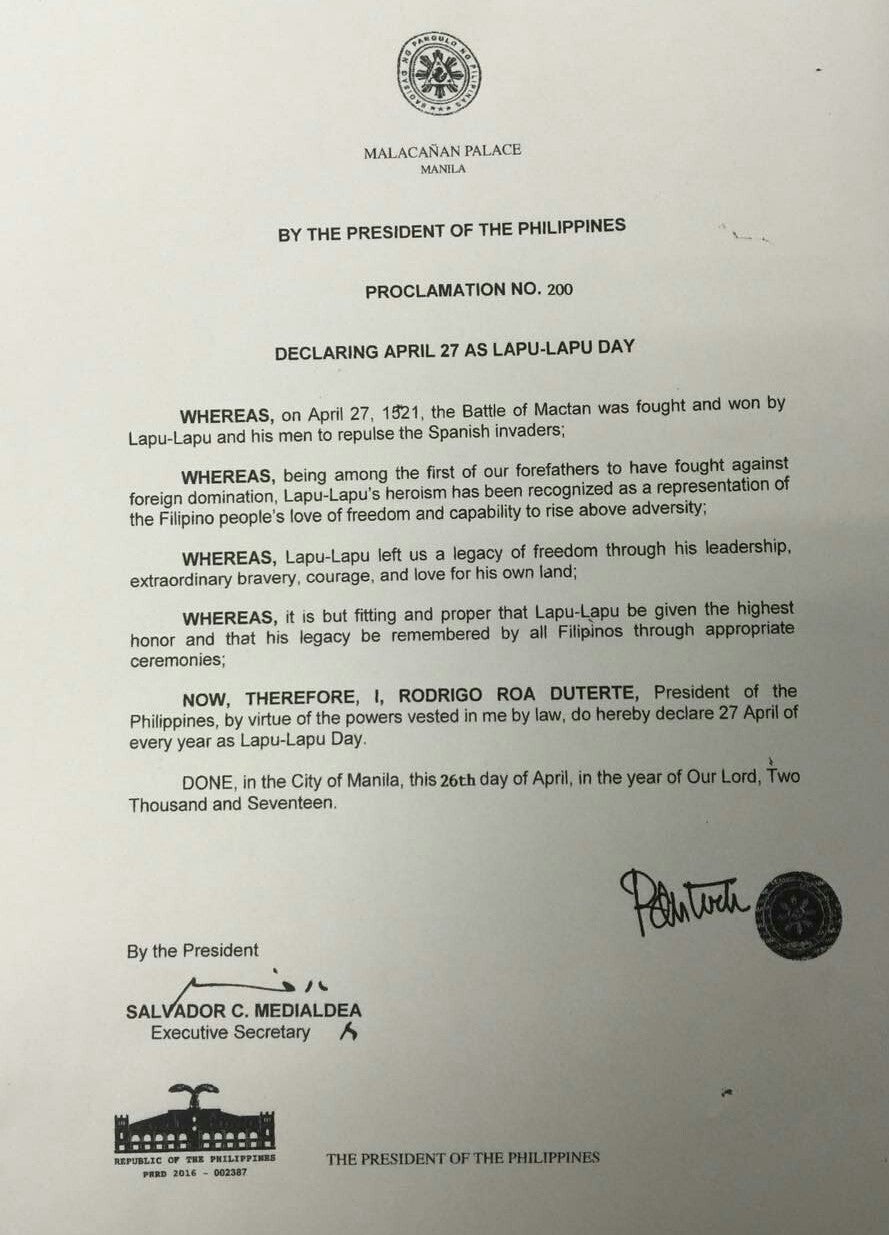 The President signed Proclamation 200 in honor of the Visayan hero.

Duterte has promised to raise the stature of Lapu-Lapu from a mere name of a fish.

“Lapu-Lapu left us a legacy of freedom through his leadership, extraordinary bravery, courage and love for his own land,” the proclamation read.

The proclamation said Duterte chose April 27 because it was on this day in 1521 when Lapu-Lapu and his men defeated Spanish conquerors led by Portuguese Ferdinand Magellan.

Duterte has created the Order of Lapu-Lapu through Executive Order No. 17 (EO 17) to recognize individuals who contributed to his advocacy like his war on drugs.

The chief executive had earlier lamented why Lapu-Lapu was only referred to as the name of a fish.