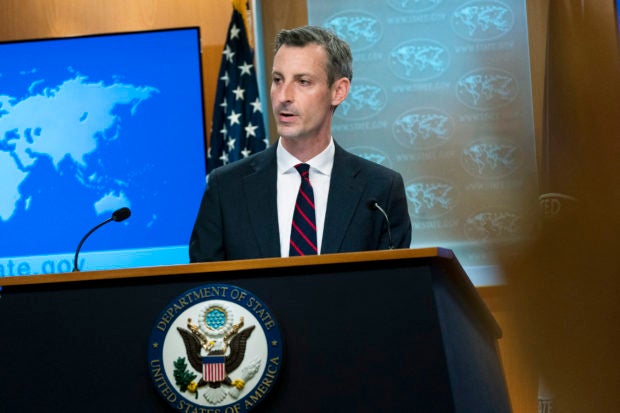 WASHINGTON — The United States on Tuesday warned against attempts to “escalate tensions” after a series of blasts in a Russian-backed separatist region of Moldova, which borders Ukraine.

While stopping short of backing Kyiv’s contention that Russia was responsible for the incidents in Transnistria, State Department spokesman Ned Price told reporters: “We do remain concerned about any potential attempts to escalate tensions.”

“We don’t know all the details,” Price said.

“We reiterate the Moldovan government’s call for calm in response to these incidents and we fully support Moldova’s territorial integrity and sovereignty.”

Russian forces have been positioned in Transnistria for three decades after the predominantly Russian-speaking region seceded from the former Soviet republic, a decision not recognized internationally.

The mysterious recent blasts which targeted the state security ministry, a radio tower and military unit came days after a senior Russian commander claimed Russian speakers in Moldova were being oppressed.

The Russian statement triggered alarm in Moldova as Moscow has used the same argument after launching its bloody invasion of Ukraine on February 24.

US Secretary of State Antony Blinken traveled to Moldova shortly after the invasion of Ukraine as part of a show of support, both for the country’s sovereignty and for its efforts to welcome refugees.