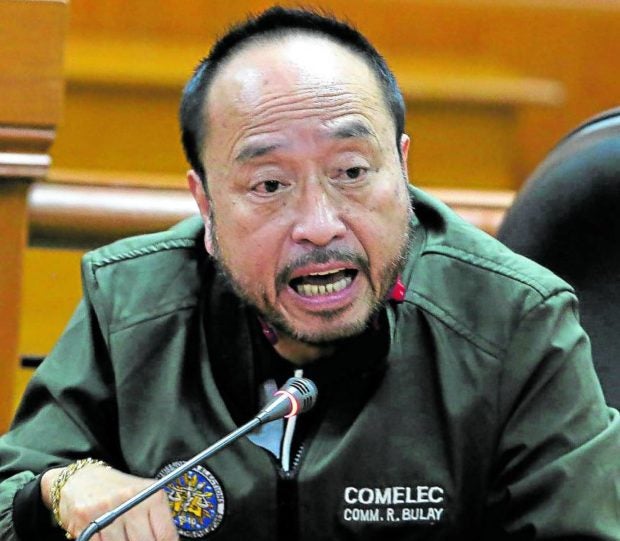 MANILA, Philippines — Commission on Elections (Comelec) Commissioner Rey Bulay agreed on Tuesday that there was a “lack of wisdom” in the poll body’s agreement with Impact Hub with regards the arrangement of the presidential and vice-presidential debates for the May 9 elections.

In an interview on ABS-CBN News Channel’s Headstart, Bulay was asked if he believes there was either a lack of wisdom or something questionable in the process of the debate deal.

“I agree. I agree with you, definitely. It was done in the past with not so much ruckus and everything. It was done for free as well. So, one of my questions really, why did we not follow the same format as before?” he said.

In previous elections, Comelec teamed up with various mainstream media and institutions that would produce the debates for the commission.

For the PiliPinas Debates 2022, Comelec partnered with Impact Hub for organizing the event. Impact Hub, the group behind Vote Pilipinas which undertook the voter information campaign for Comelec, then entered a contract with Sofitel Philippine Plaza Manila, the venue of the debates.

However, the supposed town hall debates did not push through on April 23 and 24, and were rescheduled to April 30 and May 1 after Impact Hub failed to pay its P14-million financial obligation to Sofitel.

Bulay is currently investigating the issue and earlier said that the probe may be completed by Friday, April 29.

“It’s just unfair that I should talk about this in the middle of my investigation. So, there is a presumption. Government employees enjoy the presumption of regularity in the performance of their function,” he said.

Instead of town hall debates, the Comelec will hold a panel interview of the candidates as some bets have signified that they would not be able to attend the rescheduled debates.