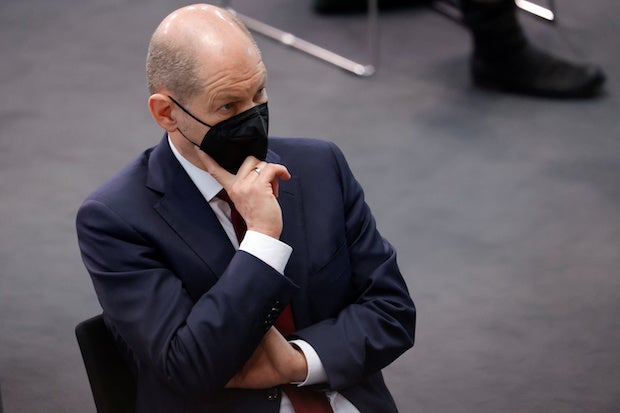 BERLIN—German Chancellor Olaf Scholz on Monday called for Western Balkan countries’ efforts to join the EU to be accelerated amid a “new era” in the wake of Russia’s invasion of Ukraine.

The Social Democrat chancellor promised to help advance their aspirations “with all the force” available to him at a press conference with his Albanian counterpart Edi Rama in Berlin.

“My impression is that we are living in a new era and it also has to do with the Russian aggression” in Ukraine, he said.

The need to seek common positions within the EU has been reinforced, he said, and that is why “the moment is favourable for the advancement” of the Western Balkans’ accession process, he added.

Last October, EU leaders at a summit in Slovenia reiterated their “commitment to the enlargement process”, sparking fresh disappointment among the six candidates for EU membership — Albania, Bosnia, Serbia, Montenegro, North Macedonia and Kosovo — who had hoped for a concrete timetable.

Faced with the status quo, Russia and China have for years been developing their influence in this strategic region, notably by sending millions of vaccine doses to help it fight the coronavirus pandemic.

While Albania, North Macedonia and Montenegro are Nato members, Moscow has deep ties with Orthodox countries such as Serbia.

Moscow’s influence in Serbia remains omnipresent, with Russia a crucial partner in the energy field of the Serbian economy.

Russia is also Belgrade’s main ally in its refusal to recognize the independence of its former province of Kosovo, proclaimed in 2008, because of its right to veto UN resolutions.

Ukraine braces for fall of Mariupol to Russia