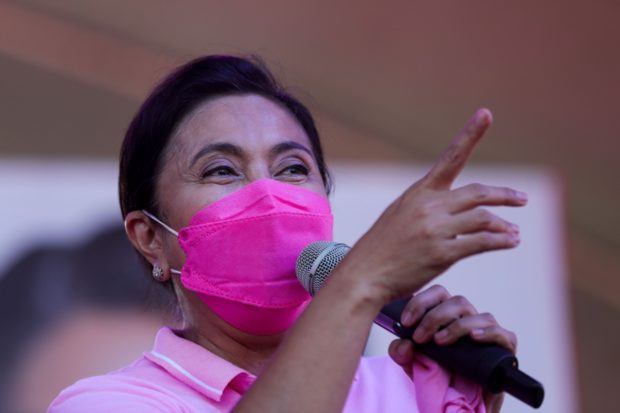 MANILA, Philippines — The largest union of teachers in the country slammed the Department of Education (DepEd) for its refusal to take responsibility for the release and use of an 11th grade learning module that put presidential candidate Vice President Leni Robredo in a bad light.

Raymond Basilio, secretary general of the Alliance of Concerned Teachers (ACT), said the production of the instructional materials remains the responsibility of the DepEd central office, even though it was delegated to regional and division offices because of the pandemic.

“Even if the DepEd central office passed on its task, it should still take responsibility in ensuring that these modules passed quality assurance checks,” Basilio said in a phone interview.

“Our teachers are not trained to produce instructional materials. This is beyond their capabilities and responsibilities,” he added.

According to ACT, the root cause of the problem was the DepEd central office’s failure to produce and provide the standard modules needed in all subjects in all grade levels in a timely manner and also failed to provide a vetting process that could have been followed by local education officials.

And yet, Basilio said, the DepEd insists that its quality assurance process has improved since January 2021 after the discovery of many errors in learning modules.

“The DepEd central office should have the decency to be accountable, and not just pass liability to the teachers,” he said.

According to him, public school teachers were already overworked with many responsibilities devising materials both for virtual and in-person classes, and even preparing for the upcoming May 9 elections.

“Our teachers are always ready to be of service to the Filipino. They should not be made scapegoats whenever something goes wrong,” Basilio added.

On Friday, the DepEd blamed the Manila schools division office for the publication of the controversial Grade 11 module purportedly intended as a philosophy lesson, which instructs students to choose which among given headlines had no errors in spelling, grammar and content.

The choices were variations of headlines on Robredo “blaming” the government for unclear quarantine rules at the peak of the COVID-19 pandemic and “lying to the world” and “shaming the nation” in a message to the United Nations on the Duterte administration’s war on drugs.

“This duty, in the final analysis, foremost lies on the top leadership of the DepEd. It is only reasonable to demand from them to take full responsibility and accountability on the issue of learning module production and all other concerns related to it,” it said in a statement on Saturday.