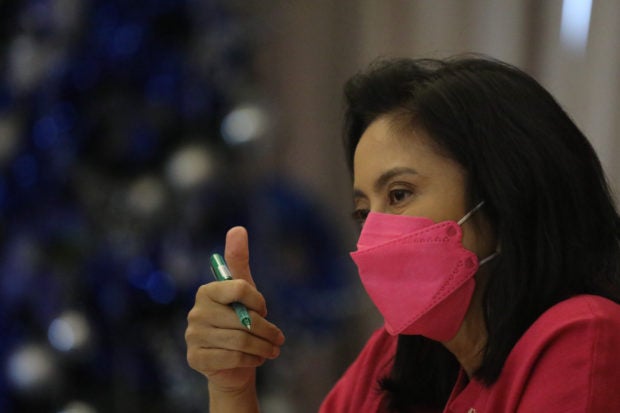 MANILA, Philippines — The self-learning module which contained questions depicting Vice President Leni Robredo in negative light is now being recalled and removed from the Department of Education’s (DepEd) online portal after it sparked backlash in social media.

DepEd Manila, in a statement on Friday, also apologized for the publication of the Grade 11 learning module titled “Methods of Philosophizing Introduction to the Philosophy of the Human Person” in September 2020, the author of which already died in the same year.

“We sincerely apologize for any harm or inconvenience that this may have caused individuals or groups. This is definitely not the intent or the very purpose of the publication of such material,” the DepEd Manila said.

It added: “To ease the aggravating circumstances — directly or not — brought about by this part of the module, with utmost consideration that we are currently within the election period, and as part of our immediate action taken, this Office already directed school heads to retrieve copies of the said module (hard copy) from their learners’ possession while the in-charge of the Learning Resource Management was instructed to remove such (soft copy) from the online portal.”

The DepEd Manila has investigated the matter, and eventually identified the writer. However, they learned that the author of the module already succumbed to COVID-19 in 2020.

“We have immediately identified the writer to have him explain the motivation regarding the cited text, but sad to say that he already passed away due to COVID-19, same year of the publication date,” the department said.

Robredo said this incident would mean that DepEd is “inefficient” if the modules were indeed from the agency and the questionable parts escaped their attention.

The module in question contained questions with multiple choices in a mocking tone, with one question even insinuating that Robredo is a liar.

The module instructs students to identify which among the given headlines has no errors in spelling, grammar and content.

A succeeding item instructs students to determine which among the statements are substantiated generalizations: a. “Drug war a massive failure”–Robredo; b. Robredo lies to the world, shames the nation and herself in UN message; c. The real albatross on Leni Robredo’s neck; and d. Let Leni plan on her own drug war.

DepEd has previously received flak over questionable materials in some of its modules, but the agency said they had undertaken improvements in its quality assurance process.