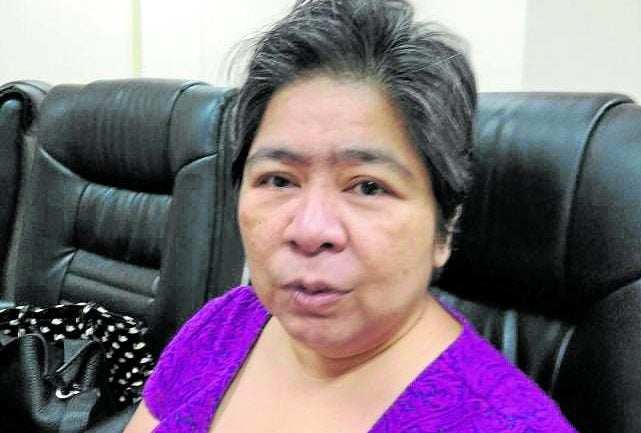 The legal troubles of Dr. Maria Natividad Castro are not over even after a judge dismissed the kidnapping charges against her and ordered her freed after 41 days in detention.

The Philippine National Police and the Department of Justice (DOJ) are not giving up on prosecuting the 53-year-old human rights and public health advocate for her alleged links to communist rebels despite a virtual reprimand from a judge who found that they had violated her right to due process.

“The PNP reserves the right to seek further legal remedies that may convince the Court to reconsider,” PNP public information officer Police Brig. Gen. Roderick Augustus Alba said in a statement on Thursday.

“We do not see this particular case involving a ranking member of the Central Committee of the Communist Party of the Philippines, as a setback in the continuing campaign to account for persons wanted by the law, especially those identified with domestic terrorist groups and its affiliate organizations,” Alba added.

Justice Secretary Menardo Guevarra on Thursday said the DOJ could conduct another preliminary investigation so that Castro could disprove the allegations against her.

The National Task Force to End Local Communist Armed Conflict (NTF-Elcac) said Castro was a member of the central committee of the Communist Party of the Philippines (CPP) and headed its national health bureau.

She was accused of involvement in the 2018 kidnapping of a member of a government-armed militia group in Sibagat, Agusan del Sur.

Guevarra said the prosecutors could file a motion for reconsideration of the ruling by acting Presiding Judge Fernando Fudalan Jr. of the Bayugan Regional Trial Court.

Fudalan said Castro’s “substantive right “ to due process was denied by the police and the prosecutor when they did not subpoena her to answer the kidnapping charges on the excuse that she was an alleged member of the New People’s Army (NPA) who had “no permanent address.”

“A preliminary investigation without a subpoena being issued to the respondent is offensive to due process,” Fudalan said in his March 25 ruling. “Either intentional or a product of omission, the same produces a serious effect repugnant to respondent’s right to liberty.”

Guevarra said there was no double jeopardy in Castro’s case since she had not been arraigned and had not been tried on the merits of the case.

If there had been lapses, law enforcement agents or prosecutors could also be given the opportunity to correct these, he said.

The doctor was arrested on Feb. 18 in her San Juan City home and was immediately flown to Mindanao and detained at the Agusan del Sur provincial jail until her release on March 30.

Castro’s lead counsel Wilfred Asis of the Free Legal Assistance Group (Flag) was considering countercharges or legal sanctions against those responsible for her arrest.

These include a civil case for damages, a criminal case for alleged violation of police laws and issuances, and administrative charges, he said.

“We in Flag have already decided to charge the policemen so they can be disciplined and that can be an example for the police—that regardless of where and when they conduct their operations, [they] should follow our laws, not outside of it,” Asis told the Inquirer in a phone interview.

“Before anything else, we will need the go signal of Doctora Naty and her family because we do not want them to be put in danger,” he said.

Castro’s elder brother, Delfin “Jun” Castro Jr., earlier told the Inquirer that they had to determine what next to do “because there are a lot of uncertainties.”

In a statement on Thursday, Flag said that while it was “greatly relieved” over Castro’s release, it was “deeply concerned” with the manner the police had seized and transported her without legal assistance and support from her family.

“The dismissal of Dr. Naty’s case for failure to accord her due process should shine a light on existing practices during preliminary investigation by the Department of Justice and the issuance of warrants by the trial courts,” Flag said. “It should also call attention to extrajudicial efforts to influence the courts by government agents through Red-tagging.”

According to the PNP, the Regional Intelligence Division of Caraga regional police office under officer in charge Police Col. Noel Espinosa, PNP Intelligence Group, 401st Brigade of the 4th Infantry Division of the Philippine Army and the National Intelligence Coordinating Agency-NCR (National Capital Region) were among those involved in the arrest of Castro.

The kidnapping and illegal detention charges against her and 467 others were prepared by the Sibagat police. The complaint against Castro was handled by Prosecutor Genesis Efren of the Agusan del Sur Provincial Prosecutor’s Office.

The over 400 suspects in the single kidnapping case included dozens identified only by their aliases in the arrest warrant where Castro’s true name did not appear.

“The court finds that probable cause does not exist in the absence of evidence to prove the identity of the accused,” Fudalan had ruled.

The dismissal of the case against Castro was seen as a ray of hope for groups fighting for the release of other activists who were either detained or facing similar charges in court, including Ma. Salome “Sally” Ujano, a child and women’s rights advocate arrested last year.

The Task Force Free Sally Ujano is hoping that like Castro, the murder case slapped against Ujano will also be dismissed.

“We urge the Duterte administration, in its last days of service to the Filipino people, to free Sally and other political prisoners like her,” the group said. —WITH REPORTS FROM DEMPSEY REYES, TINA G. SANTOS, CHRIS V. PANGANIBAN, BONG SARMIENTO AND GERMELINA LACORTE