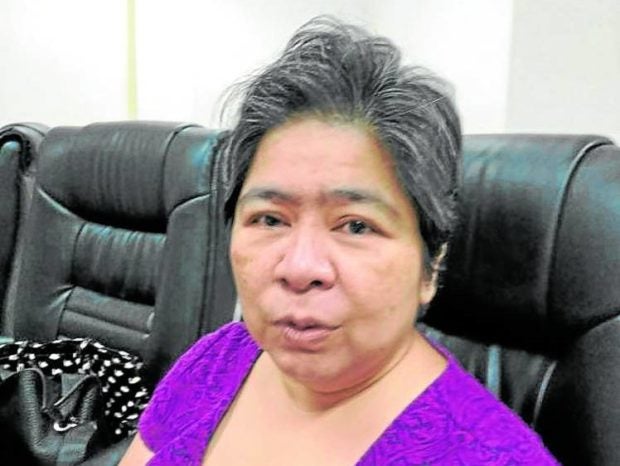 A court has junked the kidnapping charges against Dr. Maria Natividad Castro, a human rights and public health advocate, and ruled that the manner of her arrest by the police last month was “repugnant to [her] right to liberty.”

The doctor’s elder brother, Delfin “Jun” Castro Jr., said she walked out of detention on Wednesday and had a tearful reunion with her siblings and several fellow public health workers who worried about her safety as she was immediately flown to Mindanao by the police after he arrest, leaving her whereabouts unknown to her family.

The arrest of the 53-year-old doctor drew outrage from her colleagues in the medical profession, her high school and college alma maters, and human rights groups.

In a March 25 resolution, the Bayugan City Regional Trial Court (RTC) Branch 7 said it found no probable cause against Castro and ordered her release from the Agusan del Sur provincial jail, where she was detained for more than 40 days.

“Without probable cause, the court did not acquire jurisdiction over the accused, which warrants the dismissal of this case,” said acting Presiding Judge Fernando Fudalan Jr.

Fudalan cited two grounds for dismissing the case — the denial of Castro’s “substantive right” to due process and lack of jurisdiction over the doctor.

Castro’s lead counsel Wilfred Asis, a member of the Free Legal Assistance Group (Flag), filed a petition to dismiss the kidnapping and serious illegal detention case against her as there was no preliminary investigation conducted before she was arrested in her home in San Juan City on Feb. 18.

There was no subpoena issued to Castro and she was arrested through a warrant that contained the names and aliases of 468 suspects. In addition, she was not properly identified in the warrant, which had only listed a certain “Dra. Maria Natividad.”

“A preliminary investigation without a subpoena being issued to the respondent is offensive to due process,” Fudalan ruled. “Either intentional or a product of omission, the same produces a serious effect repugnant to respondent’s right to liberty.”

The court also stressed that “cutting off the processes” of issuing a subpoena to respondents in the conduct of a preliminary investigation “defeats the purpose of preventing the innocents exposing to the risk of incarceration, inevitable anxiety, aggravation, humiliation, not to speak of expense, and the right to an opportunity to avoid a painful process is a valuable right.”

Fudalan said issuing a subpoena directing a respondent to submit evidence “is the most important aspect of the preliminary investigation that safeguards the right to due process.”

“No amount of reason, like what the prosecution raised that respondent is an NPA (New People’s Army) member and have no permanent address, would ever justify its non-issuance,” the judge said.

Castro was tearful as she was welcomed by her siblings and five fellow community doctors, according to her elder brother, Delfin Jr.

“Dr. Naty is doing well in the presence of her family and friends,” her younger sister, Menchi, told the Inquirer.

Her brother said the family felt “nothing but relief” after learning about the court’s decision to free his sister.

“More than anything else, we have to find out what to do next because there are a lot of uncertainties,” he said.

Worth more than a million

“That was a big consolation for me, because as you know, I am a member of FLAG, the Free Legal Assistance Group, which means I do not seek any payment for my services, and all my cases are pro bono,” the 78-year-old lawyer told the Inquirer in a phone interview.

“The decision by itself is worth a thousand more or million pesos more than I could ever imagine, given the fact that I am almost reaching the age of 80,” he said.

Castro, who served “lumad” (indigenous) communities in Mindanao, was accused of being involved in the “felonious kidnapping” of a member of a government-armed militia in 2018 in Sibagat, Agusan del Sur.

The government’s anticommunist task force had Red-tagged Castro and accused her of heading the national health bureau of the Communist Party of the Philippines (CPP).

Red-tagging is the labeling of individuals and groups as CPP members or sympathizers. Many Red-tagged persons had been persecuted, prosecuted and attacked or killed by state forces or state-sponsored armed groups.

Human rights group Karapatan said the court’s ruling showed that she was “arbitrarily arrested and imprisoned.”

“This proves that the NTF-Elcac’s (National Task Force to End Local Communist Armed Conflict) malicious and baseless statements against our Red-tagged colleague and community doctor are all lies,” Karapatan secretary general Cristina Palabay told the Inquirer.

“We extend our hugs of solidarity to Doc Naty and her family, as we enjoin her to continue doing her work as a community health and human rights worker and to exact justice and accountability from those who violated her rights,” she added.

They cited her passion to serve in remote areas as soon as she stepped out of medical school.

This was the same call of her high school alma mater, St. Scholastica’s College in Manila.

The Philippine Medical Association, the biggest professional medical group in the country, also demanded that the authorities follow the rule of law and to uphold her constitutional rights.

Even the Department of Health joined calls for authorities to respect Castro’s legal rights, noting that the “contributions of our health workers, especially those who have opted to work with the underserved are immeasurable.”