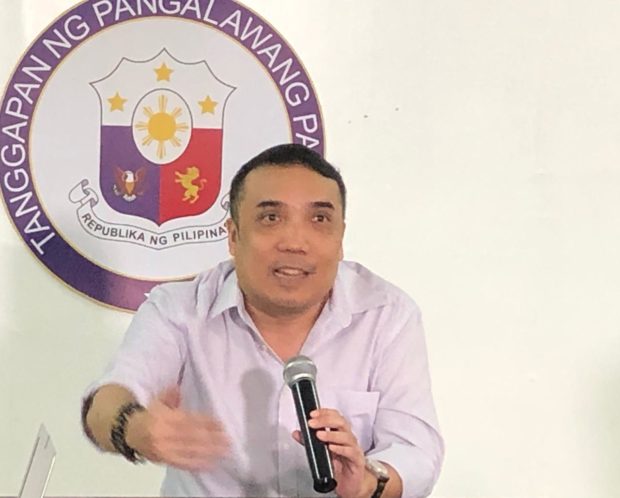 MANILA, Philippines — The numerous endorsements that Vice President Leni Robredo’s presidential candidacy has gotten in the past few weeks is further proof that her campaign has gained momentum, her spokesperson claimed.

Lawyer Barry Gutierrez in a statement on Monday said that they are thankful for the support given by several local candidates, which includes National Unity Party (NUP) and Cavite 4th District Rep. Elpidio Barzaga who endorsed Robredo — who went against his own party that endorsed another candidate.

“We are grateful for the continuing declarations of support for VP Leni’s presidential bid from local leaders,” Gutierrez said.

“This is further proof of the tremendous momentum her candidacy has gained, owing to the strength of the People’s Campaign that has shown up to stand with her,” he added.

Aside from Barzaga, there were other officials who endorsed Robredo, like Barzaga’s wife and Dasmariñas City Mayor Jenny Austria-Barzaga, and Cavite 3rd District Rep. Alex Advincula.

Then prior to Barzaga’s endorsement, Misamis Oriental 2nd District Rep. Juliette Uy and her own Team Unity endorsed Robredo — despite being members of the same NUP that is backing former senator Bongbong Marcos.

These endorsements are still on top of the shocking announcement made by Davao del Norte 1st District Rep. Pantaleon Alvarez, who left the camp of Senator Panfilo Lacson in favor of Robredo.

“We are confident that more leaders and more Filipinos will choose to stand with VP Leni in the remaining 42 days till election day,” he said.

Latest surveys indicate that Robredo still has a long way to catch up with Marcos, who is the frontrunner in all surveys.  Pulse Asia’s poll from February 18 to 23 showed Marcos with 60 percents of the votes if elections were held during that period, while Robredo on the other hand only managed to get 15 percent of the votes.

However, Robredo’s ally former senator Antonio Trillanes IV claimed that the Vice President has been closing the gap already, with a massive ground movement supporting her.