Alvarez confirmed his decision in a press briefing in this city on Thursday.

With his announcement, Alvarez, who is the president of Partido Reporma, is shifting support from Senator Panfilo Lacson whom he had backed for months.

According to Alvarez, he believes in the leadership qualities of Lacson but there are two frontrunners right now — Robredo and former senator Bongbong Marcos — and he prefers to support the Vice President.

“Right now, two candidates have pulled away from the pack, and while the candidate second in ranking still lags far behind from the frontrunner, it is evident that her campaign has gained, and continues to gain, significant traction. There is much potential there. She has also shown that she represents ideals which are substantially in line with the aims of Partido Reporma: To reform government and provide a better future for Filipinos,” the lawmaker said.

“We reasonably believe that the only realistic option at this point, with roughly a month and a half left, is to converge with Leni Robredo’s campaign. Together, we will pursue the realization of our collective aspirations to improve the chances of ordinary Filipinos at a better life,” he added.

“With time still left, but admittedly not a lot of it, decisive action is necessary. We must respond to the demands of patriotism requiring us to set aside personal preferences, the end goal being collective victory for  good governance, a better future for Filipinos, and a strong and progressive nation,” he said

“We need a leader. And for the 2022 Presidential elections, given all these considerations and the crisis we have to overcome, that leader is a woman.  Her name is Leni Robredo,” he added. 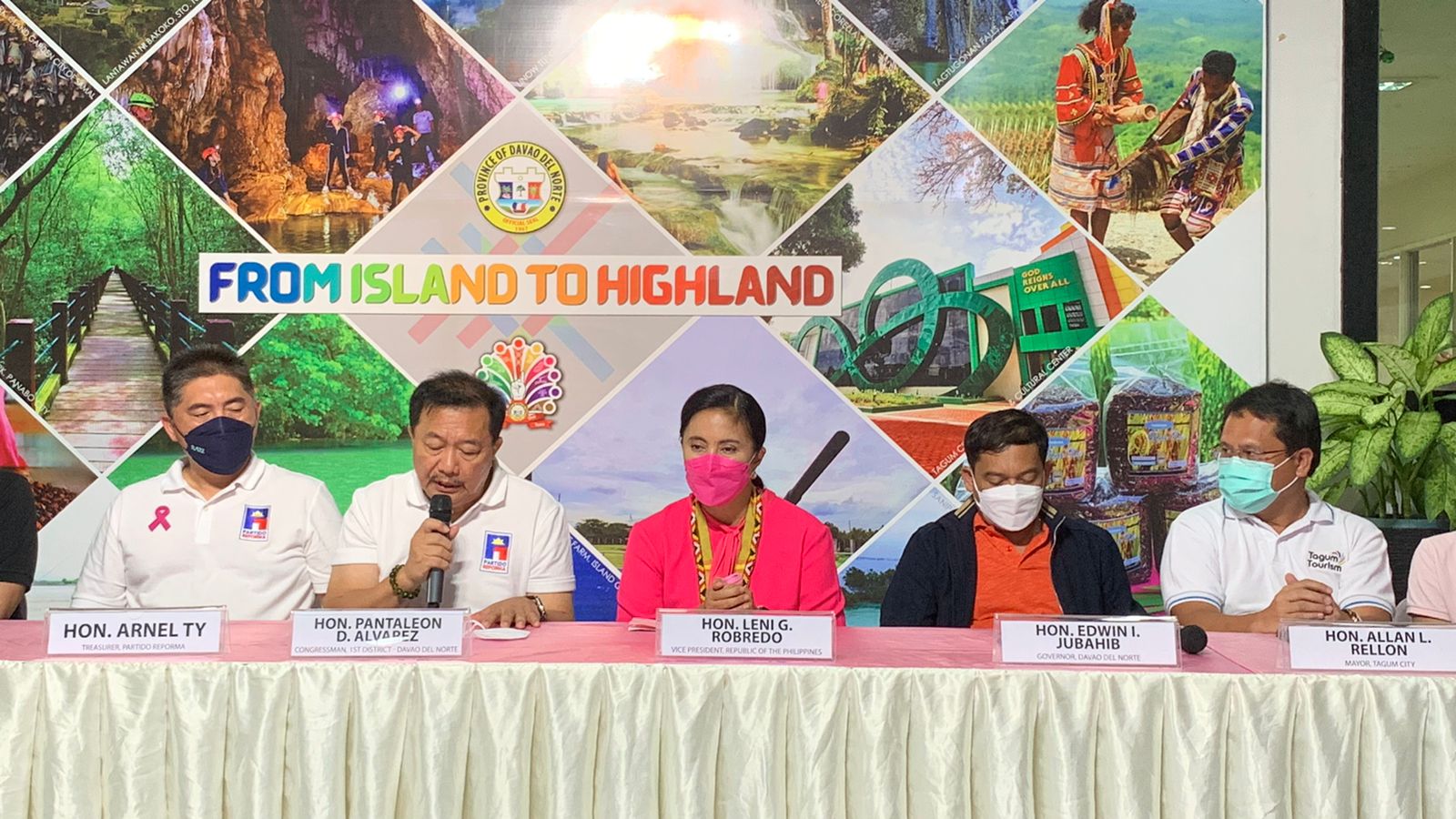 Before he announced support for Robredo, Alvarez offered praises for Lacson, noting his achievements while clarifying that some of the Partido Reporma leaders on the ground would have insisted on voting for Lacson under normal circumstances.

But because Lacson’s chances of winning are slim according to recent surveys, they prefer to shift to a more realistic option — Robredo.

“Senator Ping Lacson is the best, and our leaders on the ground have echoed that sentiment time and again. Even supporters of other candidates agree. And under ideal circumstances, they want to campaign and vote for him and see him lead the country. He is the most qualified to be President,” Alvarez said.

“But the electoral terrain in 2022 is far from ideal, and fate had other plans. Time and context framed the narrative of 2022 in a way that gave traction, rightly or wrongly, to other candidacies instead. This is a difficult fact which takes courage to admit,” he added.

Aside from Alvarez, Partido Reporma senatorial bet Monsour del Rosario also announced support for Robredo’s candidacy. According to Alvarez, they will back Senate President Vicente Sotto III for vice president.

The former House speaker appeared to be well inside Lacson’s circle, as the senator was earlier quoted as saying that Alvarez gave him  information on the movements of other political parties such as the PDP-Laban wing aligned with President Rodrigo Duterte.

Early in 2021, Alvarez launched his campaign called “We need a leader,” highlighting the country’s needs for a person who would lead the country out of the economic slump caused by the COVID-19 pandemic.

Alvarez is not the first politician known to be aligned with President Rodrigo Duterte who threw support for Robredo’s bid. Last March 14, PDP-Laban official and Eastern Samar Governor Ben Evardone said that he will support Robredo’s presidential bid, adding that the endorsement has the blessings of the Chief Executive.