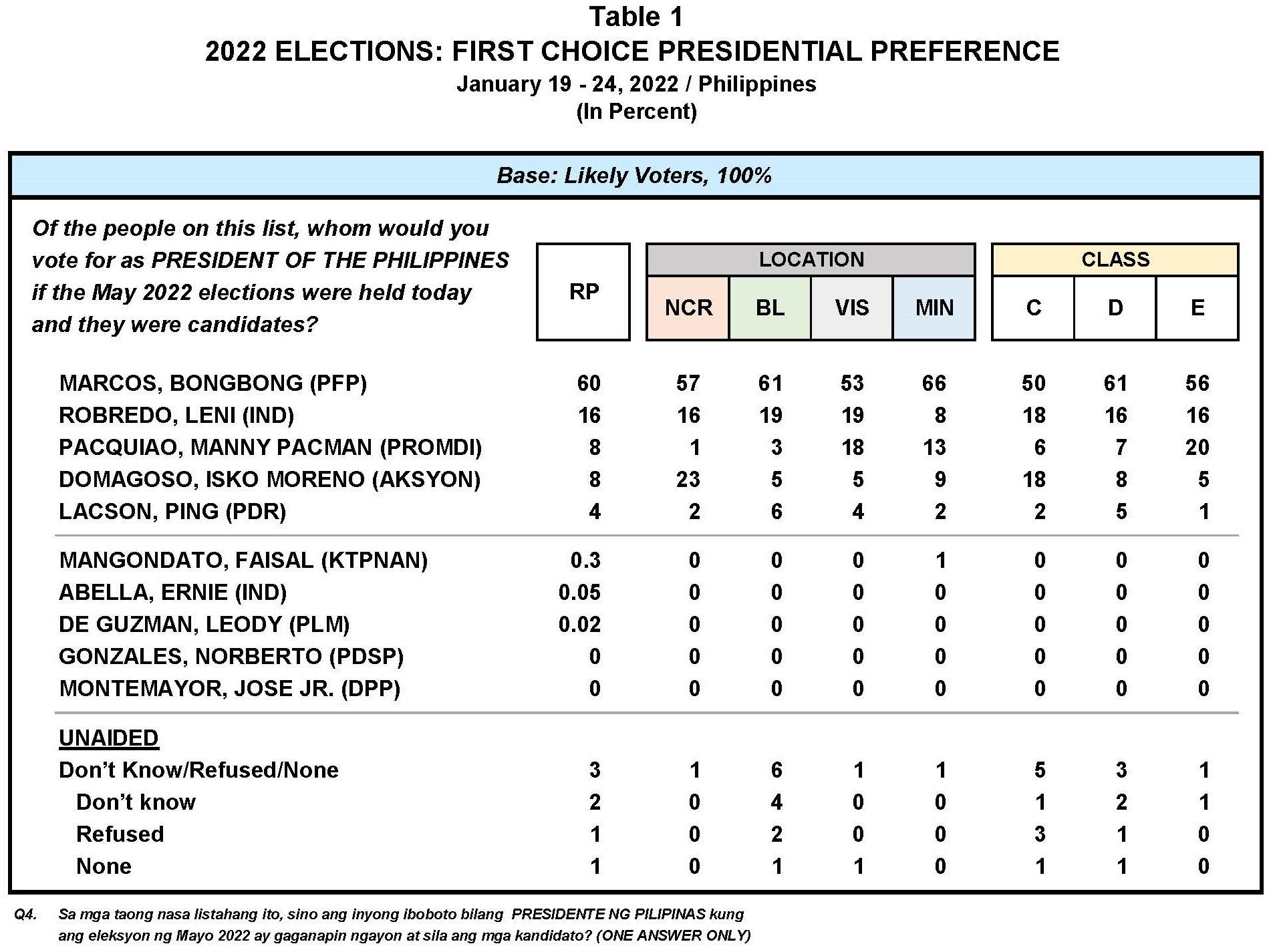 Pulse Asia, in a survey result conducted from January 19-24, said Marcos Jr. is the president of choice of 60 percent of respondents in the upcoming elections, while 16 percent of them prefers Robredo.

“With the support of 60% of the country’s registered voters who are likely to cast their ballot in May 2022, former Senator Ferdinand Marcos, Jr. would be elected as the next Philippine president if the elections took place during the survey period,” Pulse Asia said in a statement on Sunday.

Pulse Asia’s survey is based on a sample of 2,400 representative adults 18 years old and above, with a ± 2 percent margin of error at the 95 percent confidence level.

Too early to celebrate, ex-Cabinet secretary says of big leads of Marcos Jr. in surveys