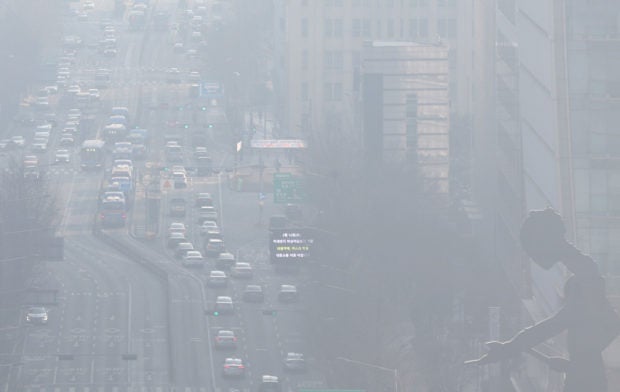 Seoul is covered in ultrafine dust on Saturday. (Yonhap via The Korea Herald/Asia News Network)

According to the National Institute of Environmental Research, the level of ultrafine dust in the greater Seoul area, Chungcheong and North Jeolla regions were all recorded at “very bad” on Saturday morning.

The institute predicted the air quality to remain at the “bad” level except in the southern island of Jeju due to air stagnation.

Weather authorities expect the air quality to remain poor in many areas until Monday. (Yonhap)