Robredo back in Mindanao, to woo voters near Duterte bailiwick 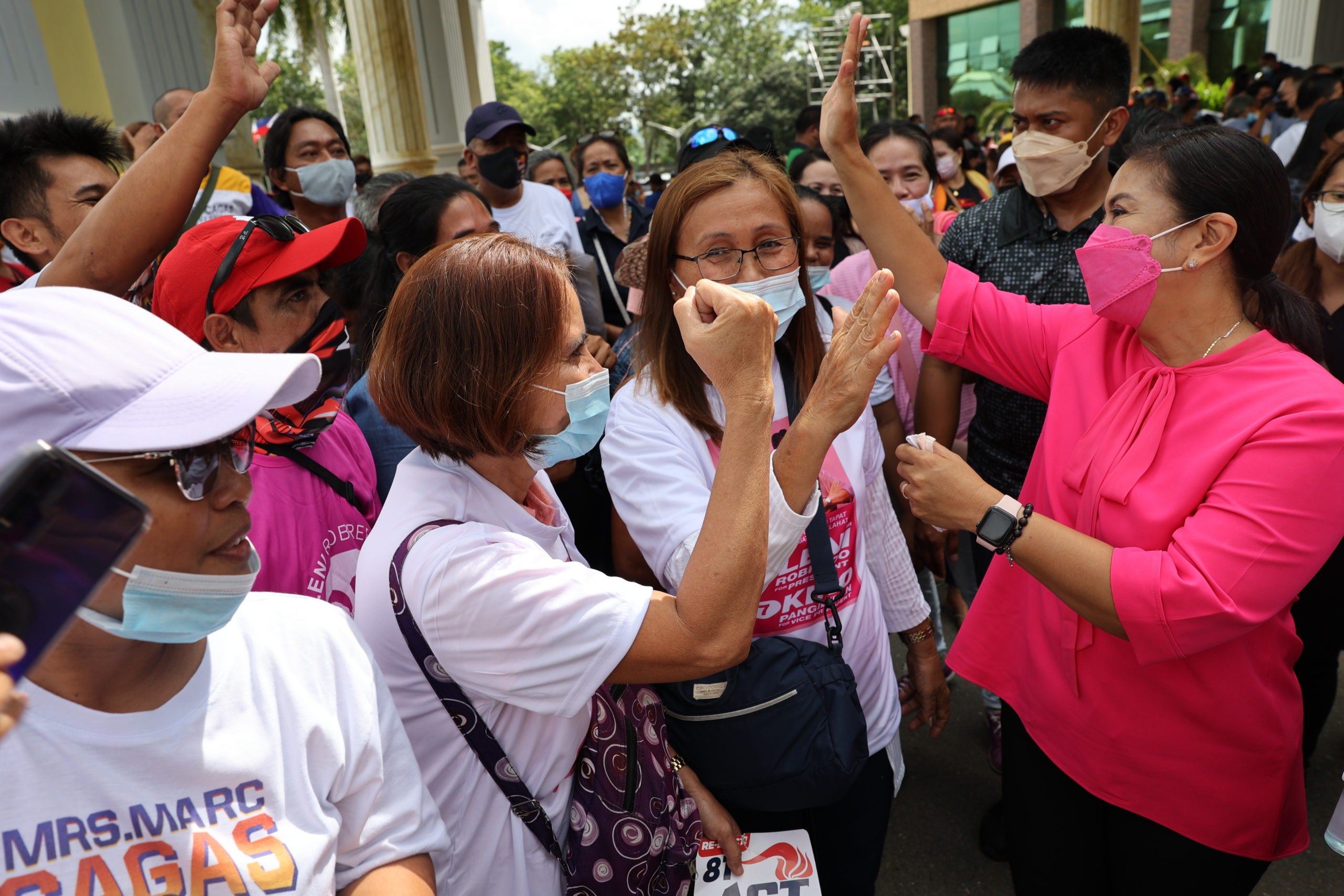 DAVAO CITY, Philippines — Vice President Leni Robredo takes her presidential campaign back to Mindanao, this time in areas near the bailiwick of President Rodrigo Duterte.

Robredo is scheduled to visit towns in Davao del Sur and Davao del Norte, particularly Digos City on Thursday morning which is only around one hour away from Davao City.

After lunch, Robredo will proceed to Davao del Norte’s provincial capitol in Tagum City, another area that is a just a few hours away from Davao City.  She is expected to meet with local officials in the area.

This is the fourth time that Robredo has visited Mindanao since the start of the official campaign period last February 7.  Just the week prior, Robredo toured Central Mindanao and Muslim populated towns — from General Santos City, to Tacurong, Kidapawan, Cotabato City, then Zamboanga City and Basilan province, before making stops at Sindangan and Pagadian City.

However, this is the first time in the campaign period that she went near Davao City, known as the hometown of the President and his daughter Mayor Sara Duterte-Carpio, who is running for vice president in tandem with former senator Ferdinand “Bongbong” Marcos.

Robredo on the other hand only managed to get 15 percent of the votes if the elections were to be held during the survey period.

In Mindanao, Pulse Asia’s survey showed Robredo losing to Marcos. The son of the late president Ferdinand Marcos got 68 percent of the votes while the Vice President was selected by 5 percent of the respondents.

However, Robredo’s ally former senator Antonio Trillanes IV claimed that the Vice President is fast closing the gap with a massive ground movement now supporting her.

During the 2016 national elections, Robredo lost in the Davao Region, placing third behind Alan Peter Cayetano and Bongbong Marcos.  Robredo got 233,920, while Cayetano and Marcos received 1.074 million  and 467,186 votes, respectively.