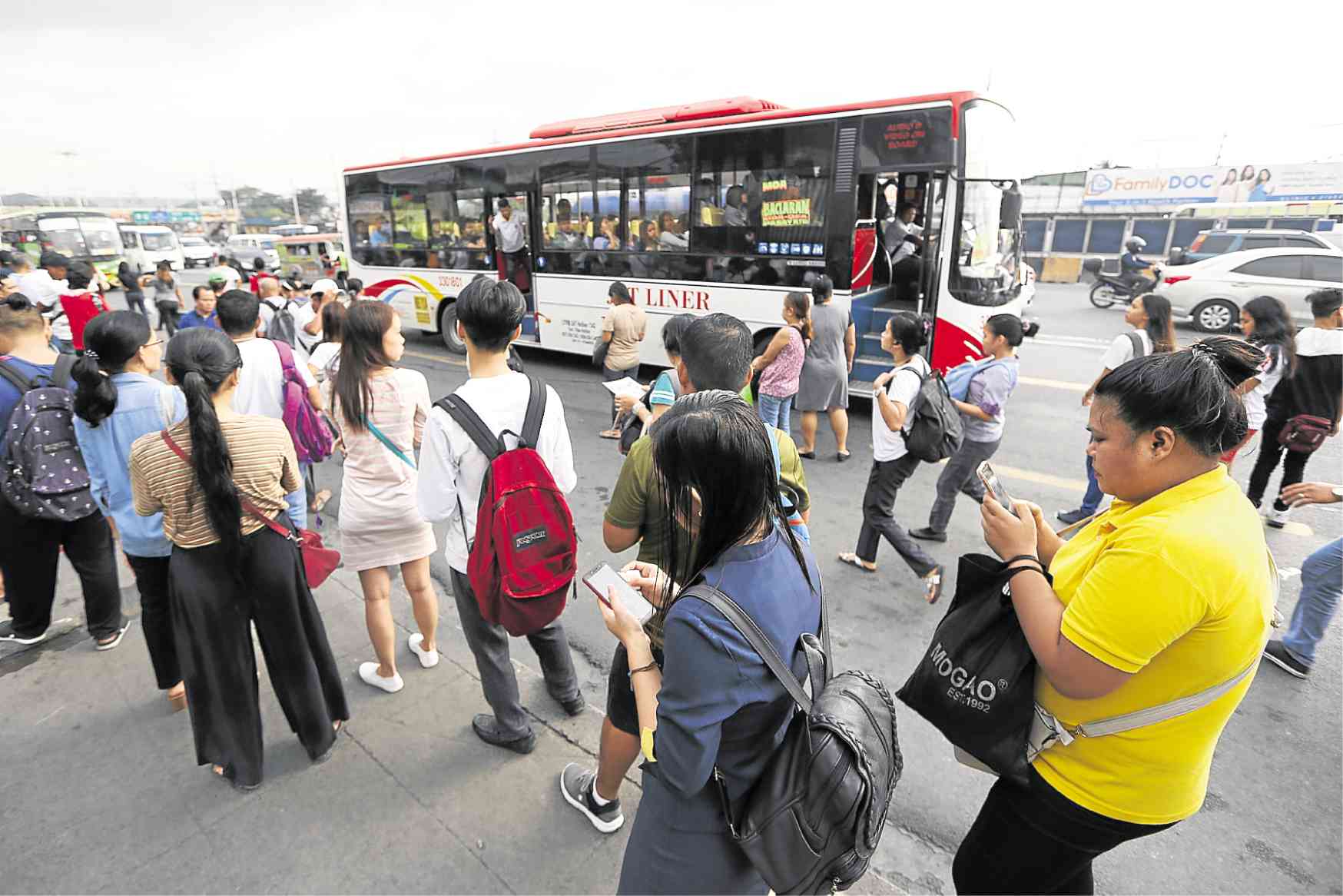 MANILA, Philippines — Over two dozen transport groups have agreed not to operate starting March 15 to pressure the government into suspending the fuel excise amid successive hikes in pump prices even as authorities announced the release next week of a P2.5-billion fuel subsidy.

“It’s not a transport strike, rather just a ‘tigil pasada’ (no trips),” Ariel Inton told the Inquirer in a phone interview on Thursday. “We don’t want everyone to see this as a protest, but transport workers can no longer afford this crisis we are facing.”

Inton, the president of the Lawyers for Commuters Safety and Protection, said that transport workers could no longer depend on the government’s assurances to provide relief, adding that more pressing action was preferable to promises.

He and Ariel Lim, the head of the National Public Transport Coalition, could not give an estimate on how many would participate in the mass action.

Lim said they would not order their members to join and that participation would be by choice.

He pushed for the suspension of the excise tax which he called the long-term solution in the face of spiraling pump prices.

Government programs like the fuel subsidy, even the proposed fare increase being sought by transport groups, were only “band-aid solutions,” Lim said.

The petition for a fare hike was filed as oil prices continue to rise and were expected to further go up in the coming weeks due to the impact of Russia’s invasion of Ukraine.

The government, however, needs to carefully study proposals for the suspension of the excise and value-added tax on fuel as it would mean the loss of revenues that could be used to fund social services.

Acting presidential spokesperson Martin Andanar cited during a radio interview a warning from the Department of Budget and Management that suspending the excise tax would also affect the delivery of social services.

“For instance, you remove the excise tax. How will you cover the medical needs of our people under the Department of Health? What will happen to the aid provided by the [Department of Social Welfare and Development]? So there is a need to be really careful,” he said.

Andanar cited the need to balance everything amid calls to declare a state of economic emergency.

“That needs to be studied carefully because many would be affected,” he said, adding that President Rodrigo Duterte would listen to all suggestions from experts.

The government was not against the idea of providing aid to various sectors amid successive oil price hikes but the problem was where to source the funds for this, Andanar said.

Lawmakers have urged Duterte to declare an economic emergency and to call a special session of Congress to allow legislators to pass measures to suspend or reduce the excise tax on fuel. The President has yet to say what action he would take.