US, 10 others bemoan failure of UN Security Council to condemn N.Korea launches 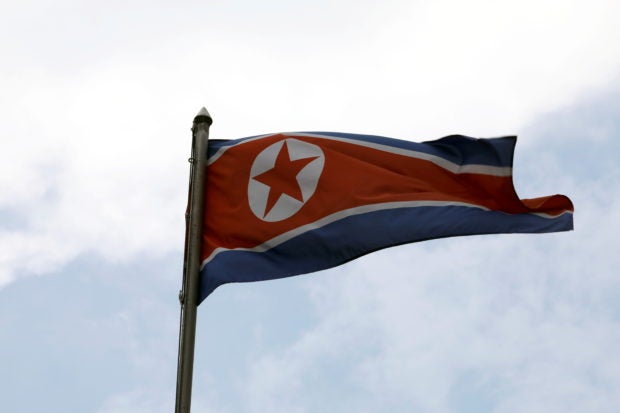 The United States and 10 other countries on Monday bemoaned the failure of the United Nations Security Council to condemn repeated missile launches this year by North Korea, saying this eroded the credibility both of the council and the global non-proliferation regime.

“While the DPRK escalates its destabilizing actions, the Security Council continues to remain silent,” she said in reading a joint statement by 11 countries after a closed Security Council session that included discussion of North Korea’s latest launch at the weekend.

“Each ballistic missile launch that results in inaction by the council erodes the credibility of the U.N. Security Council itself in addressing the DPRK and undermines the global non- proliferation regime,” she added, referring to North Korea by the initials of its official name,

Thomas-Greenfield reiterated that Washington remained committed to seeking “serious and sustained” diplomacy with North Korea but Pyongyang had opted instead for an “increasingly escalatory series of ballistic missile launches in total violation of international law.”

“We stand ready to collaborate and determine a mutually agreeable approach with other council members to address the DPRK’s provocations,” she said.

The United States was joined in the statement by Albania, Australia, Brazil, France, Ireland, Japan, New Zealand, Norway, the Republic of Korea, and Britain.

Neither Russia nor China, which is North Korea’s main ally, endorsed the statement.

The United Arab Emirates did not join the countries in issuing the statement, although it backed a similar joint statement last month.

A spokesman for the UAE mission to the United Nations said this was because it was the Security Council president this month.

“We did not join this month because we are respecting the neutrality and impartiality of the office of the President,” Shahad Matar said. “Following our Presidency, we will return to joining statements and stakeouts with other Council Members whenever they are in line with our national position.”

China has said repeatedly that the key to solving the issue of North Korea’s ballistic missile and nuclear programs is in the hands of Washington, which should show “more sincerity and flexibility” if it wants a breakthrough.

Regional military authorities reported the launch of a ballistic missile by North Korea on Saturday, the second by the nuclear-armed country in a week. North Korea on Sunday called it “another important” test for reconnaissance satellite systems.

The repeated launches have raised fears that Pyongyang may be preparing to conduct a major weapons test in coming months.

Amid stalled denuclearization talks, North Korea has suggested it could resume testing nuclear weapons or intercontinental ballistic missiles (ICBMs) for the first time since 2017.

Grossi said the International Atomic Energy Agency (IAEA) had continued to observe construction activity at North Korea’s Yongbyon nuclear site, including an annex to the reported Centrifuge Enrichment Facility there. It said the purpose of the annex had yet to be determined.