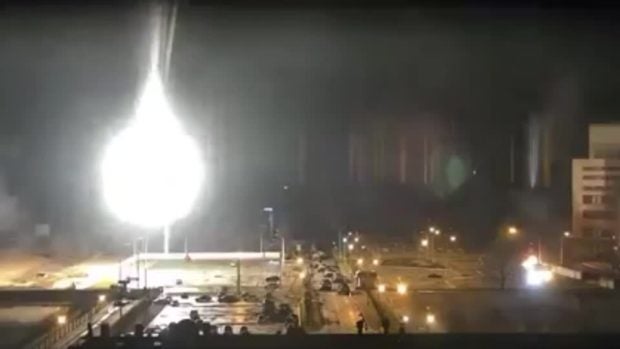 WASHINGTON — The United States Embassy in Ukraine said that attacking a nuclear power plant is a war crime on Friday after Russia seized a Ukrainian nuclear facility that is the biggest in Europe.

The statement on the embassy’s Twitter account went further than any U.S. characterization of Russia’s actions in Ukraine since it launched its invasion on February 24.

“It is a war crime to attack a nuclear power plant. Putin’s shelling of Europe’s largest nuclear plant takes his reign of terror one step further,” U.S. Embassy Kyiv said in its post.

Russian invasion forces seized Europe’s biggest nuclear power plant on Friday in heavy fighting in southeastern Ukraine, triggering global alarm, but a huge blaze in a training building has been extinguished and officials said the facility was now safe.

Russia’s defense ministry blamed a fire at the plant on a “monstrous attack” by Ukrainian saboteurs and said its forces were in control.

Rights groups have alleged violations of international war crimes law in Ukraine, including the targeting of civilians, as well as indiscriminate attacks on schools and hospitals.

Pentagon spokesman John Kirby on Friday declined to answer the question, saying he would leave that determination to the International Criminal Court.

“This just underscores how reckless the Russian invasion has been and how indiscriminate their targeting seems to be. It just raises the level of potential catastrophe to a level that nobody wants to see,” Kirby said in an interview with CNN.

“It is certainly not the behavior of a responsible nuclear power.”