Duterte says Biden invited him, other Asean leaders for summit in Washington 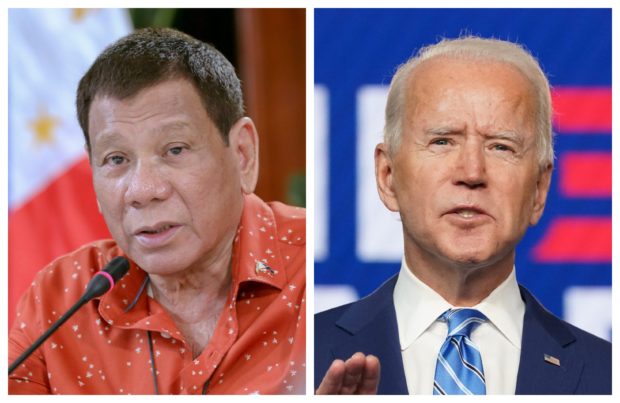 MANILA, Philippines — President Rodrigo Duterte said he, along with other Association of Southeast Asian Nations (Asean) leaders, were invited by US President Joe Biden for a summit in Washington.

Duterte said the meeting is set to happen on March 28.

(When ambassador [Philippine Ambassador to Washington Jose Manuel] Romualdez went there, he told me, and he was holding this letter from Biden. Asean leaders, about nine of us, are invited to go t Washington this March 28, to talk.)

In the same speech, Duterte said he does not like the “arrogance of the Americans.”

“Ako naman, I do not hate the people, may anak ako na American citizen, asawa ko OFW sa Amerika, so wala akong rason but siguro narinig na ninyo many times over sa TV that I just don’t like the arrogance of the Americans,” Duterte said.

(Me, I don’t hate people, I have a child who is an American citizen, my wife was an OFW in America, so I don’t have reason but maybe you have heard many times, I just don’t like the arrogance of the Americans.)

The president also said he does not like armed foreign soldiers in the country.

“I just want Filipino policemen and Filipino soldiers roaming around the country na nagdadala ng baril at armas,” he added.

In June, the Philippine government extended for another six months the suspension of the abrogation of the Visiting Forces Agreement (VFA).

The VFA, which took effect in 1999, provides a mechanism for visiting American soldiers and serves as the foundation for military exercises and humanitarian work.

Duterte ordered the termination of the VFA in February 2020 after the United States canceled the visa of Sen. Ronald dela Rosa, the President’s longtime ally.