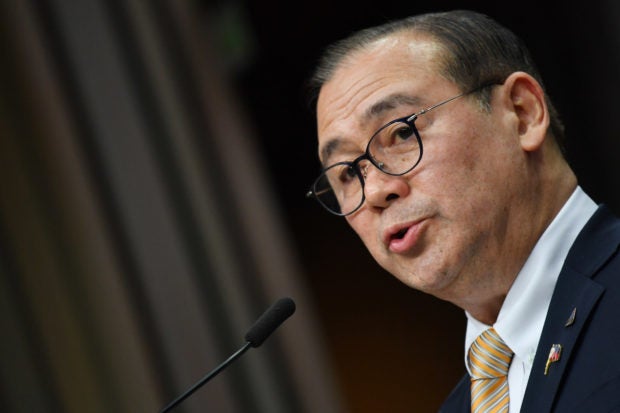 MANILA, Philippines — The Philippines will hold off for another six months the abrogation of the country’s Visiting Forces Agreement (VFA) with the United States upon President Duterte’s order, Foreign Secretary Teodoro Locsin Jr. said on Monday.

“The President conveyed to us his decision to extend the suspension of the abrogation of the VFA by another six months while he studies and both sides further address his concerns regarding particular aspects of the agreement,” Locsin said in a brief video message posted by the Department of Foreign Affairs (DFA).

Locsin did not elaborate.

The country’s top diplomat made the announcement following his meeting with the President and Philippine Ambassador to the United States Jose Romualdez.

The VFA, which took effect in 1999, provides a mechanism for visiting American soldiers and serves as the foundation for military exercises and humanitarian work.

Mr. Duterte ordered the termination of the VFA in February last year after the United States canceled the visa of Sen. Ronald dela Rosa, the President’s longtime ally.

The process of the VFA termination, however, has been held off twice, first in June 2020 and the second in November 2020.