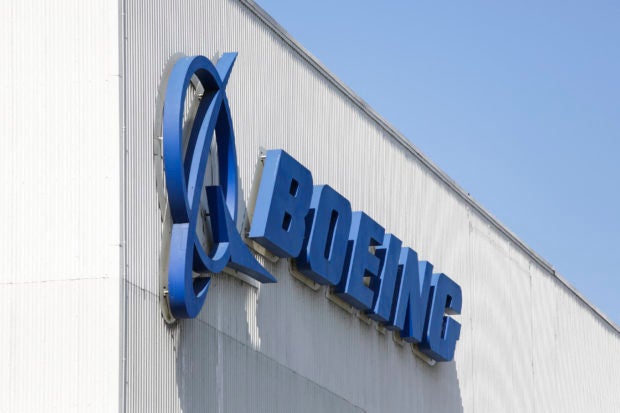 In this file photo taken on April 20, 2020 The Boeing logo is pictured at its Renton Factory, where the Boeing 737 MAX airliners are built in Renton, Washginton. AFP

NEW YORK — American aviation giant Boeing on Tuesday announced it was suspending its support for Russian airlines and its operations in Moscow amid a growing backlash to Russia’s invasion of Ukraine.

“We have suspended major operations in Moscow and temporarily closed our office in Kyiv,” the Ukrainian capital, a Boeing spokesperson said.

“We are also suspending parts, maintenance and technical support services for Russian airlines. As the conflict continues, our teams are focused on ensuring the safety of our teammates in the region.”

Boeing’s pullout comes as US media reported President Joe Biden will announce a ban on Russian aircraft from using US airspace during his State of the Union speech Tuesday.

The sanction, reported by CNN and other media, will add the United States to a group including Canada and a host of European nations closing airspace to Russian airliners and other aircraft in response to the incursion into Ukraine that began last week.

Flag carrier Aeroflot, which flies the Boeing 737 and 777, last week announced it was suspending flights to Europe in response to the flight ban.

The United States and European allies have put tough sanctions on Moscow in recent days, including by cutting selected Russian banks from the SWIFT messaging system, while Washington has announced measures specifically targeting the country’s central bank.

Apple on Tuesday stopped all sales in Russia, and the European Union banned Russian state media outlets RT and Sputnik from broadcasting in the bloc.