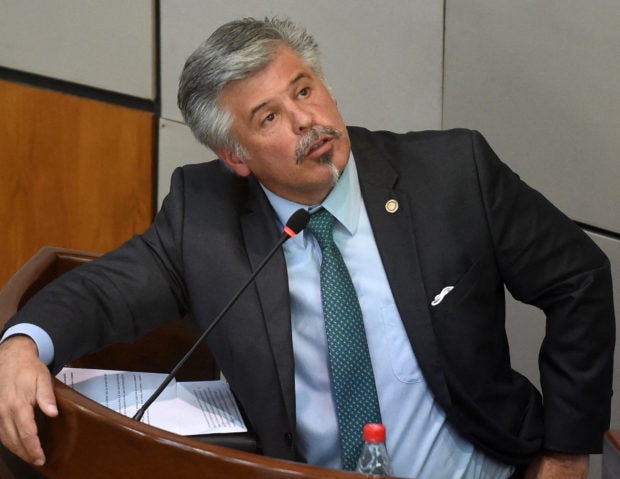 ASUNCION — Paraguay’s president on Tuesday fired his interior minister after a newspaper report accused him of using the armored vehicle of a presumed drug dealer on holiday to Brazil.

The daily La Nacion de Asuncion led on its cover Tuesday with a photo of minister Arnaldo Giuzzio with a Brazilian arrested in his own country a week ago for alleged links to drug trafficking and money laundering.

It also published a photo of a car belonging to the Brazilian, Marcus Vinicius Marques de Padua, that Giuzzio allegedly used.

President Mario Abdo Benitez decided to replace Giuzzio in an attempt “to safeguard the legitimacy of the interior ministry, which could be affected by recent events,” presidential spokesman Hernan Hutteman told reporters.

Giuzzio said he borrowed a car from Marques de Padua when his own gave him trouble while on holiday in Brazil, insisting it was an emergency and “totally valid.”

He said he was unaware of the charges against the Brazilian.

Giuzzio’s replacement Federico Gonzalez, a former presidential adviser, said Benitez had tasked him with pursuing the “fight against organized crime.”

A sweet bust for Paraguay: record cocaine stash found in a shipment of sugar