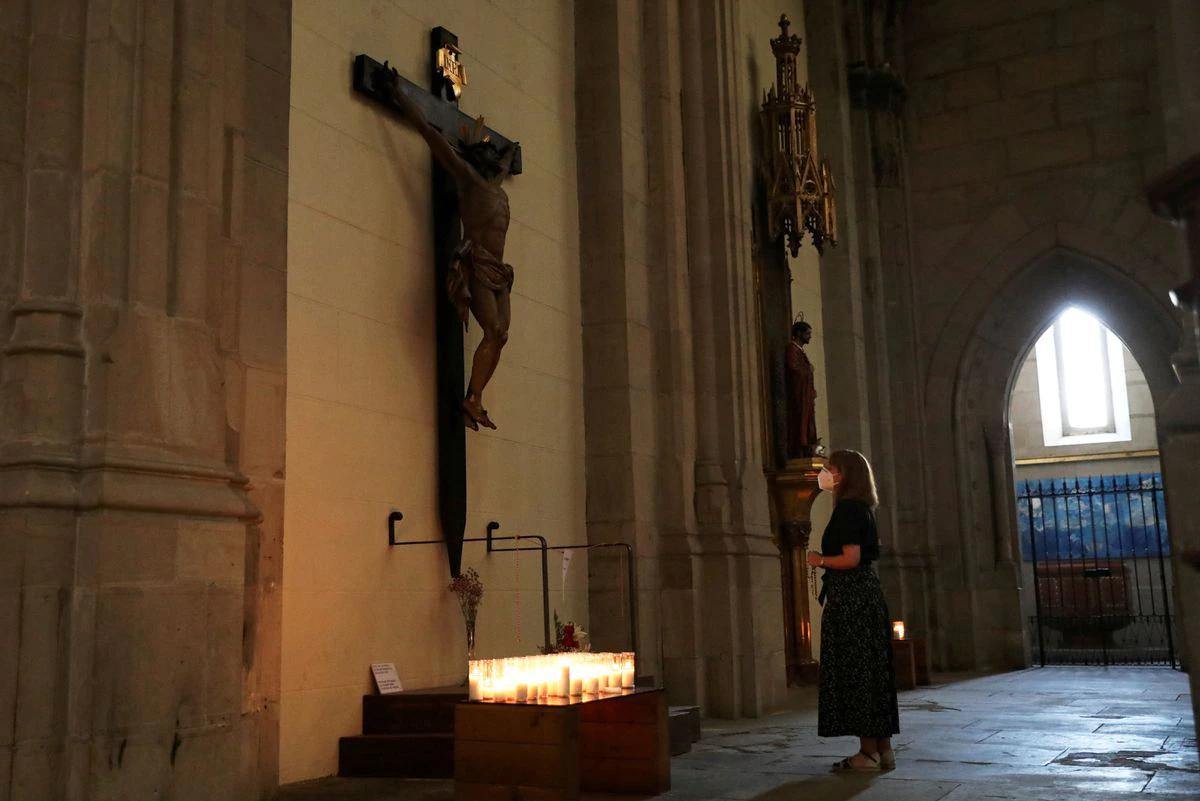 A woman wearing a face mask prays inside a church after a judge barred Catalan authorities from enforcing a stricter lockdown to residents in the city of Lleida, to control the coronavirus disease (COVID-19) outbreak, in Lleida, Spain, July 13, 2020. | PHOTO: REUTERS/Nacho Doce/File Photo

MADRID — Spain’s Catholic Church said Monday a law firm would carry out an independent investigation into allegations of child abuse involving its clergy as political pressure grows to hold an inquiry.

The legal team will “open an independent channel” to receive complaints, review the legal procedures to punish criminal practices and help the authorities clarify the facts, the CEE Episcopal Conference, which groups Spain’s leading bishops, said in a statement.

The firm, Cremades & Calvo-Sotelo, would also “set up a protection system in line with society’s demands”, the statement said.

Church leaders will further address the matter at a news conference on Tuesday.

Until now, there has never been an official investigation into alleged abuse by members of the clergy, not by Spain’s government nor by the Spanish church itself.

The Church, which has only recognized 220 cases of abuse since 2001, has ruled out “a comprehensive investigation” into reports of abuse.

It said it did not want a “statistical analysis” of the matter and defended its strategy under which each diocese carries out its own probe rather than having an overarching inquiry.

With no official statistics on child sex abuse in a country where 55 percent of the population identifies as Roman Catholic, El Pais newspaper began investigating in 2018 and has since received details of 1,246 cases, some dating back to the 1930s.

The announcement comes as political pressure grows to open an investigation into child abuse by the clergy, with victims accusing the Church of stonewalling and denial.

Earlier this month, Prime Minister Pedro Sanchez’s Socialist party asked parliament to set up an expert committee to investigate child sex abuse within the Catholic Church, which would report its findings to the state ombudsman.

And a few days earlier, lawmakers had also agreed to consider a separate request to open a parliamentary inquiry into the matter.

The political impetus for an investigation came after high-profile Catalan writer Alejandro Palomas went public for the first time about being abused by a priest at his school when he was just eight years old.

In an unusual step, Sanchez reached out to Palomas on Twitter and met with him several days later.