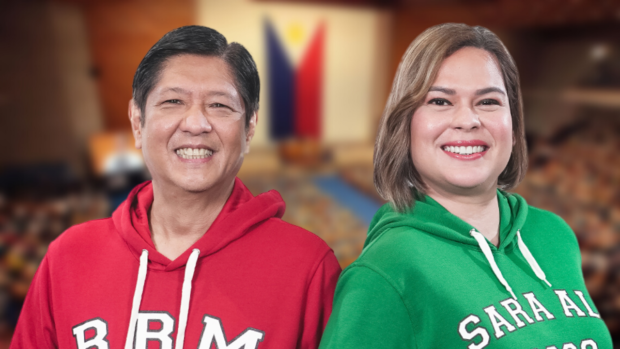 MANILA, Philippines — Vice presidential candidate Inday Sara Duterte-Carpio described as “strategy” the move of her tandem with Ferdinand “Bongbong” Marcos Jr. to campaign separately most of the time this month.

In an interview with reporters in Batangas on Tuesday, Duterte-Carpio was asked why she and Marcos are mostly doing their campaign separately. The vice presidential candidate attended an event in Batangas without Marcos.

(That is really the strategy of the UniTeam–that we cannot be together all the time otherwise we will not be able to cover the entire Philippines.)

Duterte-Carpio explained that there are certain areas in the country identified by their campaign strategists as areas where their tandem should campaign together.

“Kung saan man siya pupunta, dala-dala niya ang Bongbong Marcos-Sara Duterte at ganun din ako. So that way, we cover so many areas sa Pilipinas and we only collaborate and converge sa areas where our strategists say doon kami magsama,” she added.

(Wherever he goes, he brings with him the Marcos-Duterte tandem and the same goes for me. So that way, we cover so many areas in the Philippines and we only collaborate and converge in areas where our strategists tell us we should be together.)

Duterte-Carpio is having her own campaign, dubbed the “Mahalin Natin ang Pilipinas Ride,” where she visits various provinces and cities in the country.