MANILA, Philippines — One police patrolman was confirmed dead after a chopper of the Philippine National Police (PNP) crashed at Real town in Quezon province on Monday.

The PNP’s Public Information Office (PIO) said this minutes after confirming that a helicopter of PNP, an H125 Airbus with the registry number RP-9710, has gone missing.

PNP-PIO chief Brig. Gen. Roderick Alba said in a message to reporters that Pat. Allen Noel Ona was being treated near the crash site when he died.

Two other police officers identified as Lt. Col. Dexter Vitug, the pilot of the helicopter, and Lt. Col. Michael Melloria, the co-pilot, are currently undergoing medical treatment at a private hospital in Infanta, Quezon.

An initial report estimated that the helicopter crashed around 8:18 a.m. in the vicinity of Purok (zone) Mayaog in the mountain village of Pandan.

The injured were taken to Real Municipal Hospital for treatment and later transferred to Claro M. Recto Hospital in neighboring Infanta town.

Report also said the helicopter was bound for Balesin island in the Polillo group of islands to pick up PNP Chief Gen. Dionardo Carlo and party when it crashed.

Investigators have yet to determine the cause of the crash as of posting time.

But according to the PNP-PIO, the H125 Airbus Police chopper was reported missing hours after it took off at 6:17 a.m. from the Manila Domestic Airport in Pasay City. It said it was going to Northern Quezon for an “administrative mission.”

“Rescue teams from the PNP, Bureau of Fire Protection, and LGU (local government unit) reached the crash site in Barangay Pandan, Real, Quezon at 8:05 AM and evacuated the survivors,” it also said. 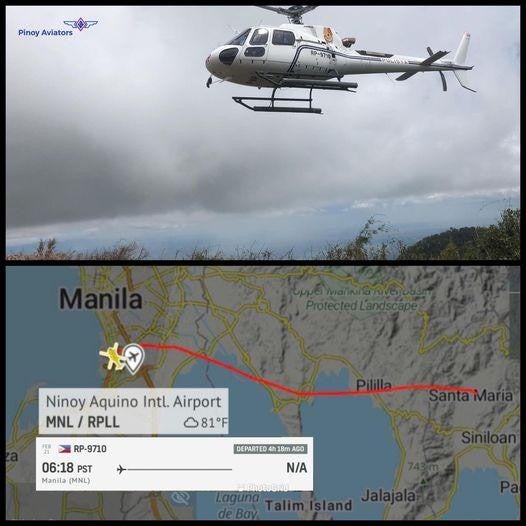 Because of this incident, the entire fleet of H125 Airbus Police helicopters has been grounded by the PNP, as investigation in coordination with the Department of Transportation and Civil Aviation Authority of the Philippines is ongoing.