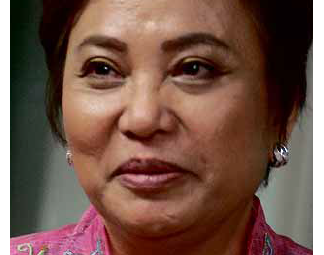 Under the separate opinion, Guanzon voted in favor of the petitioners who want Marcos Jr. disqualified from this year’s presidential race.

“I vote to grant the petitions for disqualification filed against Respondent Ferdinand Romualdez Marcos, Jr. The facts are undisputed,” reads Guanzon’s opinion, which she finished on January 17 and submitted to the Comelec First Division.

“In view of the foregoing, I vote to GRANT the Petitions for Disqualification and declare Respondent FERDINAND R MARCOS II DISQUALIFIED from running for the position of President of the Philippines,” it also states.

Guanzon authorized Comelec to release on Monday the copy of her separate opinion on the case.

Guanzon, who is set to retire on February 2, is the presiding commissioner of the Comelec First Division which is handling the disqualification cases against Marcos Jr.

She has repeatedly questioned the delay in the release of the division’s resolution on the matter. The ponente, or the person tasked to write the resolution, is Commissioner Aimee Ferolino, an appointee of President Rodrigo Duterte.

Guanzon on Monday morning challenged Ferolino to resign with her as the integrity of the poll body “is now in question.”

Earlier, Ferolino claimed that Guanzon is “imposing” her opinions on the ponente.

Below is the copy of Guanzon’s separate opinion on the petitions to disqualify presidential aspirant Ferdinand Marcos Jr. as released by the Comelec:

In reaction to these developments, the camp of Marcos Jr. pointed to the earlier ruling of the Comelec Second Division on the petition that sought to nullify the certificate of candidacy (COC) of Marcos Jr.

The Comelec Second Division resolved to deny the petition against Marcos Jr.’s COC, saying the failure of the son and namesake of the late dictator Ferdinand Marcos to file his income tax returns does not constitute a crime of moral turpitude.

“The unanimous decision handed down by the 2nd Division of the Comelec is clear and categorical: Presidential aspirant Bongbong Marcos possesses all the qualifications and NONE of the disqualification to run, campaign and serve the Filipino people when elected president come May 9 this year,” Vic Rodriguez, Marcos Jr’s chief of staff and spokesperson said in a statement.

On the issue of moral turpitude, Rodriguez pointed out that the Comelec Second Divison’s ruling also cited the dispositive portion of a Supreme Court decision in G.R. Nos. 130371 and 130855 penned on August 4, 2009, which states:

“Applying the foregoing considerations to the case at bar, the filing of a ‘fraudulent return with the intent to evade tax’ is a crime involving moral turpitude as it entails willfulness and fraudulent intent on the part of the individual. The same, however, cannot be said for ‘failure to file a return where the mere omission already constitutes a violation. Thus, this Court holds that even if the conviction of respondent Marcos II is affirmed, the same NOT BEING A CRIME INVOLVING MORAL TURPITUDE cannot serve as a ground for his disqualification.”