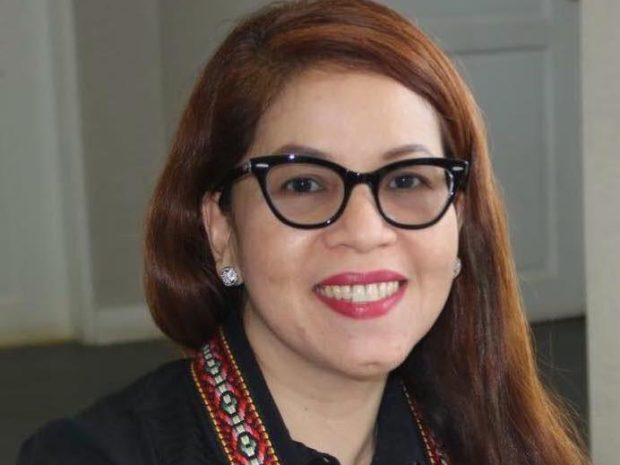 MANILA, Philippines — Commission on Elections Commissioner Rowena Guanzon is “imposing” her opinions to the ponente and own deadline to the two other commissioners of the First Division who are handling the consolidated disqualification cases of Ferdinand “Bongbong” Marcos Jr., according to Commissioner Aimee Ferolino-Ampoloquio.

Ferolino-Ampoloquio revealed this in a letter addressed to poll body chairman Sheriff Abas on Friday, later leaked to the media, following Guanzon’s decision to make public her vote to disqualify Marcos Jr, which fuelled speculations.

Ferolino, who serves as the ponente or the author of the decision of three consolidated cases, also called “appalling,” presiding Guanzon’s decision to write a separate opinion on Marcos Jr. cases when the ponencia has not yet submitted the resolution.

Aside from Ferolino and Guanzon, Commisioner Marlon Casquejo is part of the First Division.

“In doing so, one is clear to me, she is trying to influence my decision and trying hard to persuade me to her direction,” Ferolino said. “But I am not like her, not even close.”

“I did not read her separate opinion as I do not want my judgment to be influenced by her opinion nor other people’s opinion,” she continued.

Guanzon previously said she might publish her separate opinion by Friday, January 28, or Monday, January 31.

The presiding commissioner, meanwhile, addressed the reason for her writing of a separate opinion towards Marcos Jr.’s case.

“Why did I have a Separate Opinion on Jan 17? Because I think and write fast,” Guanzon said in a Twitter post after Ferolino letter’s were leaked.

“How many days do you need to write a decision when all facts are admitted? I did it in 3 days,” she added.

Ferolino also pointed out that Guanzon imposed the deadline of the case on January 17 — only three days after the pertinent documents were transmitted to her office.

“It was Twitter and not the Commissioners who first knew of the promulgation date,” she said.

“Contrary to the presiding commissioner’s claim, I truthfully say that there was no internal agreement between and among the First Division Commissioners that the promulgation of the resolution on the Marcos case is set on 17 January 2022,” she explained.

The commissioner pointed out that it is beyond the “bounds of possibility” to draft a “comprehensive and well-reviewed resolution” of three consolidated cases in three days.

Ferolino noted that the 15 days deadline given to the Ponencia for a resolution applies only to a single case. The same could not be applied to Marcos Jr’s cases under the first division because it consolidates three different cases.

“Hence, there is still reasonable time for my office to craft an impartial resolution of a complex and highly rated case,” Ferolino said.

The disqualification cases were filed against Marcos Jr. by martial law survivors as represented by Bonifacio Ilagan, Akbayan party, and the faction of Partido Federal ng Pilipinas (PFP) as represented by Abubakar Mangelen.

After that preliminary conference, the Comelec First Division consolidated the three disqualification cases against the son and namesake of the late dictator Ferdinand Marcos Sr. This means that the three petitions will have a joint decision.

Ferolino pointed out that Guanzon’s revelation of her being the case’s ponente exposed her to pressure and posed a threat to her safety and security. She also requested that Guanzon’s appearance on various media interviews and social media sites be reviewed.

“Her excitement and eagerness have taken over her that she may have forgotten the Sub Judice rule,” Ferolino said. “Her disclosure will expose me to possible pressure from different personalities and organizations and will pose a threat to my safety and security.”

Veteran election lawyer Romulo Macalintal also said that Comelec should sanction Guanzon for violating the confidentiality of the internal proceedings of the poll body.