Guanzon to release her separate opinion on Bongbong DQ case 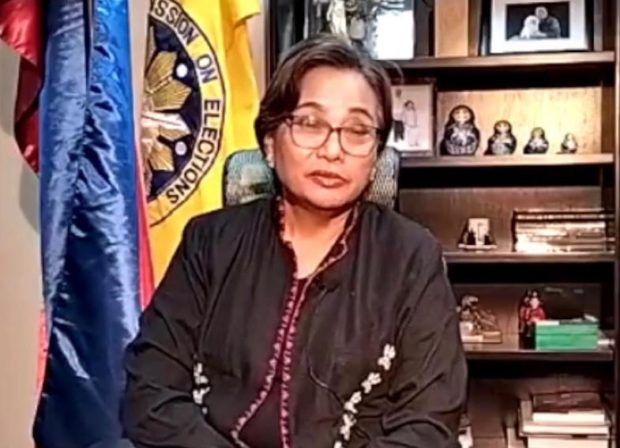 BACOLOD CITY — A commissioner of the Commission on Elections (Comelec) will release her separate opinion on the disqualification case filed against former senator Ferdinand “Bongbong” Marcos Jr. either on Friday, January 28, or Monday, January 31.

Rowena Guanzon, the presiding commissioner of the poll body’s 1st division, said she needs to do it before she retires on Wednesday, February 2.

Guanzon, however, clarified that she does not know yet when the “ponente” or the commissioner tasked to write it will release the resolution.

She said the two other commissioners of the first division must submit or sign their vote on the resolution of the “ponente.”

Guanzon, who is from Cadiz City in Negros Occidental, said she does not have control of everything as she is not the ponente in the case.

Guanzon, in a live statement on Facebook on Wednesday, said she understands why some people are anxious because the case was raffled off on January 10 and it has been 16 days already with no resolution.

Under their internal rules, a resolution should be out in 15 days, she said.

In fact, Guanzon said the internal agreement of the commissioners of the 1st division was for it to be finished in seven days.

Guanzon said she is working on having zero backlog cases before she retires on February 2.

She hoped that the Marcos disqualification case would not be an exemption.

“The quarantine period of the commissioner tasked to do it has ended so let’s give her a couple of days to submit it so we can vote on it,” Guanzon said.

She said her separate opinion was finished on January 17, and the other commissioners know what her vote is.

“I have it now but I am waiting for the ponente to release her vote and resolution,” Guanzon said.

The disqualification case pending before the 1st division was brought by Bonifacio Ilagan and other survivors of martial law against Marcos, the son of Ferdinand Marcos Sr.

Guanzon is the remaining appointee of the late president Benigno Aquino III in the commission en banc, while the two others are appointees of President Rodrigo Duterte.