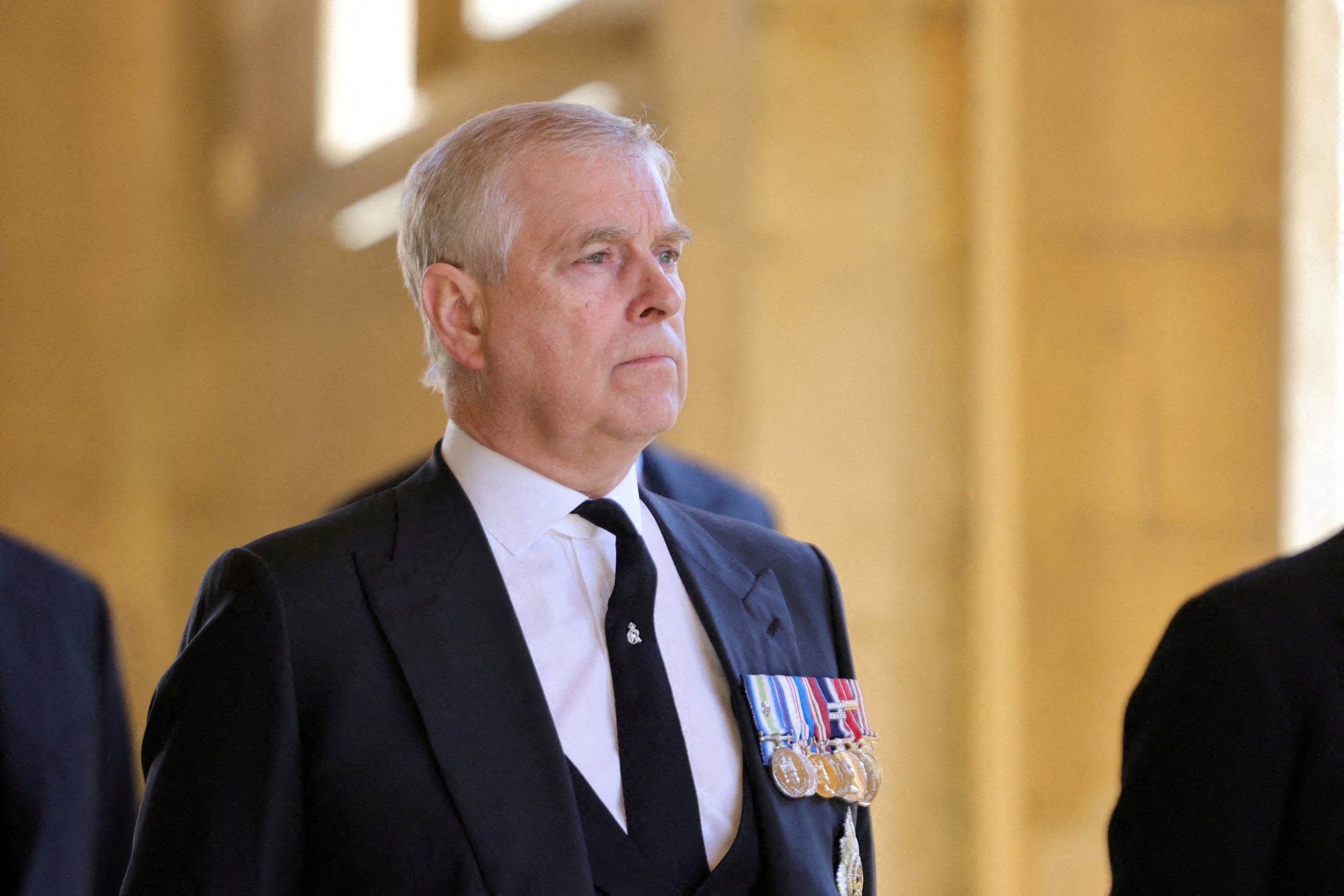 FILE PHOTO: Britain’s Britain’s Prince Andrew, Duke of York, looks on during the funeral of Britain’s Prince Philip, husband of Queen Elizabeth, who died at the age of 99, in Windsor, Britain, April 17, 2021. Chris Jackson/Pool via REUTERS/File Photo

NEW YORK – Britain’s Prince Andrew on Wednesday asked for a U.S. jury trial as he again denied Virginia Giuffre’s accusations that he sexually abused her more than two decades ago when she was 17.

Giuffre, 38, sued the Duke of York last August, alleging he battered her while the late financier and convicted sex offender Jeffrey Epstein was trafficking her.

In a filing with the U.S. District Court in Manhattan, Andrew, 61, admitted to meeting Epstein in or around 1999, but denied Giuffre’s claim that he “committed sexual assault and battery” upon her.

David Boies, a lawyer for Giuffre, said in a statement that Andrew was trying to “blame the victim.”

“We look forward to confronting Prince Andrew with his denials and attempts to blame Ms. Giuffre for her own abuse,” Boies said.

Andrew’s ties to Epstein, who killed himself in a Manhattan jail cell in 2019 while awaiting trial on sex abuse charges, have undermined his reputation with the public and standing in Britain’s Royal Family.

Earlier this month, the family removed Andrew’s military links and military patronages, and said the second son of Queen Elizabeth would no longer be known as “His Royal Highness.”

Andrew’s filing was an “answer,” a common document in U.S. litigation in which defendants deny or say they lack enough information to comment on plaintiffs’ substantive accusations.

The prince’s lawyers had previously called Giuffre’s lawsuit “baseless” and accused her of seeking another payday.

U.S. District Judge Lewis Kaplan has said a trial could begin between September and December 2022.

If Giuffre won at trial, Andrew could owe her damages. She has asked for an unspecified amount.

Andrew has not been criminally charged, and no criminal charge can be brought in Giuffre’s civil lawsuit.

Kaplan this month denied Andrew’s earlier request to dismiss Giuffre’s lawsuit, which the prince said he was shielded from under the 2009 Epstein settlement.

Andrew renewed that argument in Wednesday’s filing, and also said Giuffre lacks legal standing to sue because she lives in Australia.