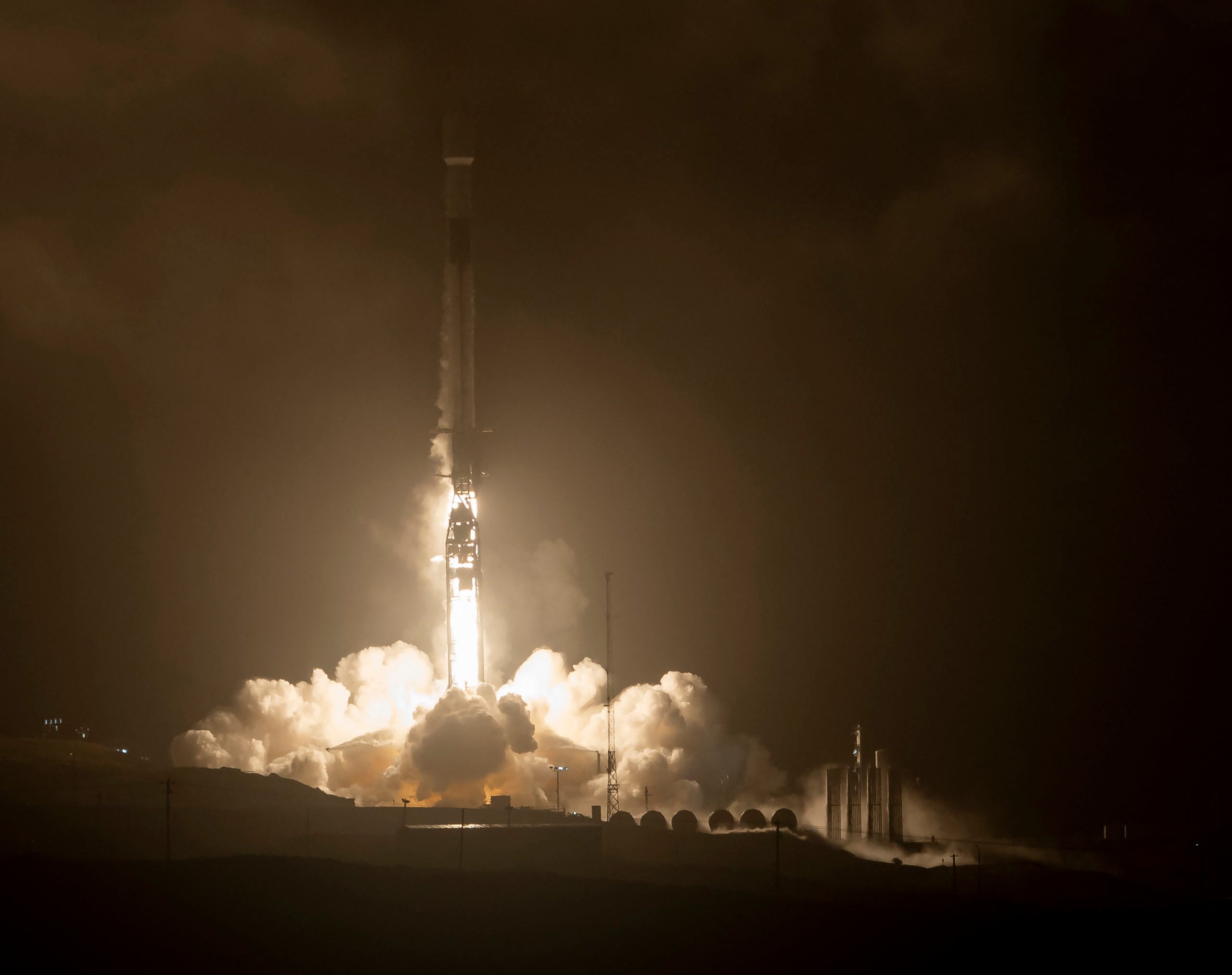 In this handout image courtesy of NASA released on November 23, 2021, the SpaceX Falcon 9 rocket launches with the Double Asteroid Redirection Test, or DART, spacecraft onboard, November 23, 2021, from Space Launch Complex 4E at Vandenberg Space Force Base in California. (Photo by Bill INGALLS / NASA / AFP)

WASHINGTON — A chunk of a SpaceX rocket that blasted off seven years ago and was abandoned in space after completing its mission will crash into the Moon in March, experts say.

The rocket was employed in 2015 to put in orbit a NASA satellite called the Deep Space Climate Observatory.

Since then the second stage of the rocket, or booster, has been floating in what mathematicians call a chaotic orbit, astronomer Bill Gray told AFP Wednesday.

It was Gray who calculated the space junk’s new collision course with the Moon.

The booster passed by pretty close to the Moon in January in a rendezvous that altered its orbit, said Gray.

He is behind Project Pluto, software that allows for calculating the trajectory of asteroids and other things in space and is used in NASA-financed space observation programs.

A week after the rocket stage whizzed close to the Moon, Gray detected it again and concluded it will actually crash into the satellite’s dark side on March 4.

Gray appealed to the amateur astronomer community to join him in observing the booster — it is bright and easy to detect — and his conclusion was confirmed.

The exact time and spot of impact may change a bit from his forecast but there is widespread agreement that there will be a collision on the Moon that day.

“I’ve been tracking junk of this sort for about 15 years. And this is the first unintentional lunar impact that we’ve had,” Gray told AFP.

The impact of this object weighing four tons on the Moon will not be visible from Earth in real time.

But it will leave a crater that scientists can observe, such as with NASA’s Lunar Reconnaissance Orbiter or India’s Chandrayaan-2 satellite, and thus learn more about the geology of the Moon.

Spacecraft have been intentionally crashed into the Moon before, for scientific purposes.

In 2009, for instance, NASA sent a rocket stage hurling into the Moon near its south pole to look for water.

But most rockets do not go so far from Earth. SpaceX brings its rocket boosters back through the Earth’s atmosphere so they disintegrate over the ocean.

Gray said there could be more unintentional crashes into the Moon in the future as the US and Chinese space programs leave more junk in orbit.