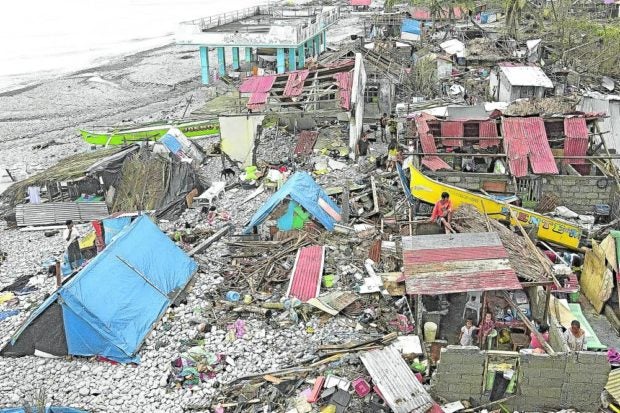 HOMELESS Residents of this fishing community in Surigao City put up makeshift tents and shelters to protect themselves from the rain after Typhoon “Odette” destroyed their houses. —ERWIN MASCARIÑAS

MANILA, Philippines — Around 597,000 houses were damaged by Typhoon Odette, the strongest typhoon to hit the country in 2021, the Department of Human Settlements and Urban Development said Thursday.

(The P487 million was distributed to areas ravaged by the typhoon and 97,500 families received it. This is the immediate cash assistance released by the National Housing Authority pursuant to the president’s order.)

The government, in coordination with the United States Agency for International Development and the International Organization for Migration, has also provided tarpaulin sheets, modular tents, and solar lamps, among others to provide temporary shelter for displaced survivors.