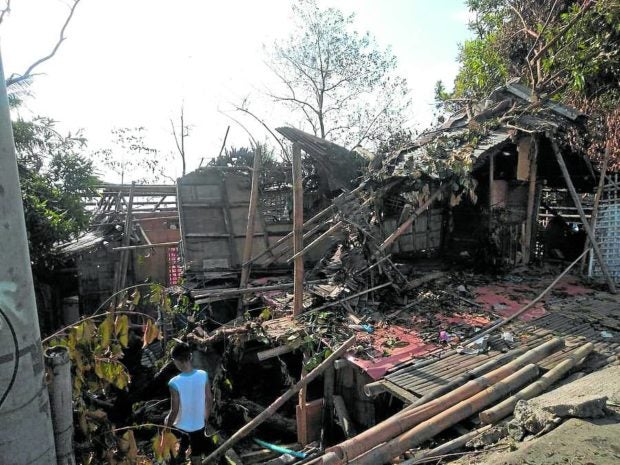 Houses in San Francisco, Anini-y, Antique, are no match for the fury of Typhoon “Odette” that rammed through the town on Dec. 18. —PHOTO COURTESY OF CINDY LOQUIAS

MANILA, Philippines — The number of individuals who died due to Typhoon Odette has gone up to 378, latest reports from the National Disaster Risk Reduction and Management Council (NDRRMC) showed on Sunday.

NDRRMC spokesperson Mark Timbal in an interview with ABS-CBN’s Teleradyo also said that 742 people sustained injuries after Odette passed over the northern parts of Mindanao and southern portions of Visayas, and Palawan.

NDRRMC’s current death toll is higher by 12 compared with Saturday’s 367, while nine more persons were added to the missing list.

READ: Odette death toll rises to 367, but most cases still being validated — NDRRMC

But aside from the casualty count, the NDRRMC also noted that the number of affected individuals currently being serviced by the government is at 3.952 million — around 34,000 higher than Saturday’s tally.

However, the number of evacuation centers being used by people affected by Typhoon Odette is slowly going down, from 1,204 on Saturday to 1,198 on Sunday — which Timbal said may be an indication that people have started returning to their homes.

In terms of property loss, the NDRRMC said that 478,953 houses sustained damage, while damage to infrastructure was computed at P16.67 billion, and to agriculture at P3.963 billion.

From last December 16 to 18, Typhoon Odette ravaged several provinces in Visayas and Mindanao, leading observers to compare it with Super Typhoon Yolanda’s effects in 2013.