MANILA, Philippines — The Commission on Elections (Comelec) on Friday released the tentative list of 70 senatorial candidates in the May 2022 polls.

The Comelec trimmed the list from the initial 174 who filed their certificate of candidacy for the legislative post.

While familiar personalities and reelectionists continue to dominate the roster of senatorial aspirants, there are also some notable applicants who made the first cut.

Francis Leo Marcos or FLM, whose real name is Norman Mangusin, is included in the poll body’s tentative list of senatorial candidates.

This comes after the Comelec junked the petition which sought to declare the social media influencer as a nuisance candidate. The petition, filed by the Comelec’s law department, alleged that FLM ran to put the election process in mockery or disrepute since he has no bona fide intention to run for senator.

But the Comelec-Second Division, in a decision dated December 14, junked the petition, saying the social media personality is “popular” and “was able to establish that he has a significant modicum of support, which is enough basis to have his name printed on the ballot.”

Apolinario was a subject of an arrest warrant after his ministry was red-flagged by the Securities and Exchange Commission (SEC) for undertaking an alleged Ponzi-type scheme, as the company was said to entice the public to invest at least P10,000 in the company for a promise of a 30-percent monthly return for life, without having to do anything other than invest and wait for the payout.

Other senatorial aspirants who made it to the Comelec’s tentative list are: 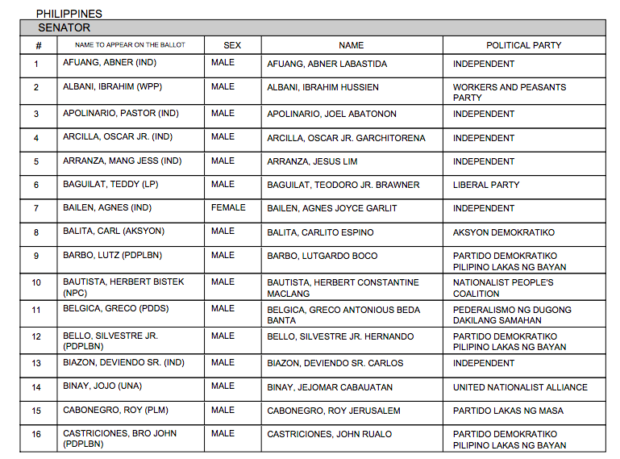 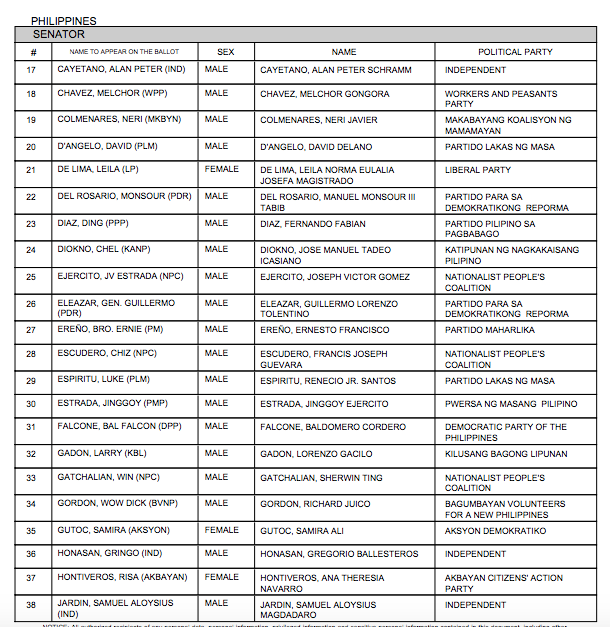 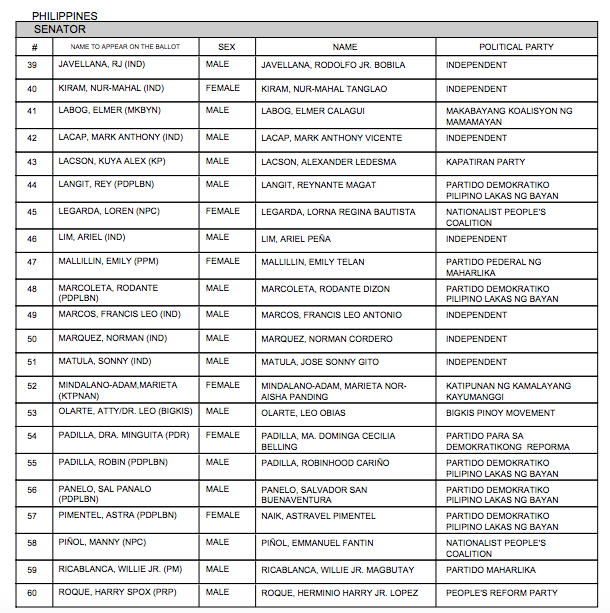 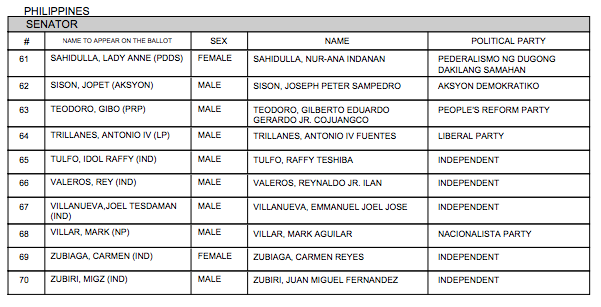 Comelec spokesperson James Jimenez on Friday reiterated that this is not yet final.

“Names will still be stricken off the list as the judgment in their respective cases achieve finality. In any case, aspirants become ‘official candidates’ only at the start of the campaign period,” the poll body official told reporters.