MANILA, Philippines — The founder of religious corporation Kapa Community Ministry International (Kapa), which is now subject of litigation for alleged investment scam, is aspiring to become a senator in the 2022 national elections, according to the Commission on Elections.

A certain Danilo Brioso filed a certificate of candidacy (COC) on behalf of Joel “Pastor” Apolinario at the Harbor Garden Tent of The Sofitel in Pasay City around 10 am Saturday, the second day of filing for aspirants to national and local posts.

The chopper-riding Apolinario, a native of Hinatuan, Surigao del Sur, will run as an independent candidate.

Brioso and three other representatives refused to be interviewed, and left shortly after filing Apolinario’s COC. 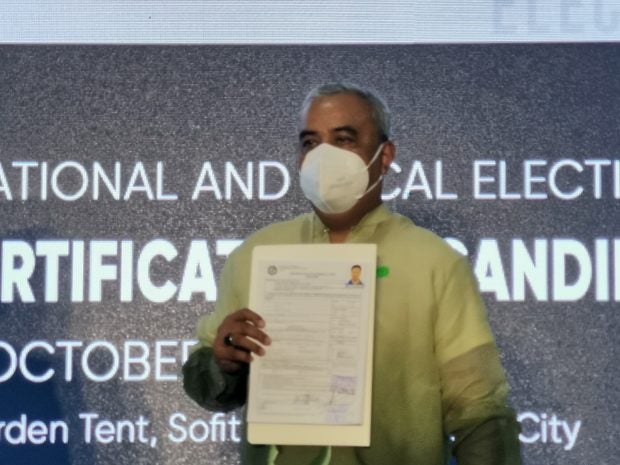 A certain Danilo Brioso files the certificate of candidacy of Kapa founder Joel “Pastor” Apolinario, who is gunning for a senate post. INQUIRER.net/John Eric Mendoza

It would be recalled that Apolinario was subject of an arrest warrant after his ministry was red-flagged by the Securities and Exchange Commission for undertaking a so-called Ponzi-type scheme that duped several members and others into investing in Kapa.

According to SEC documents, Kapa was enticing the public to invest at least P10,000 in the company for a promise of a 30-percent monthly return for life, without having to do anything other than invest and wait for the payout.

The case is now subject of litigation in numerous courts.

Apolinario was arrested in July 2020 in Surigao del Sur for syndicated estafa.