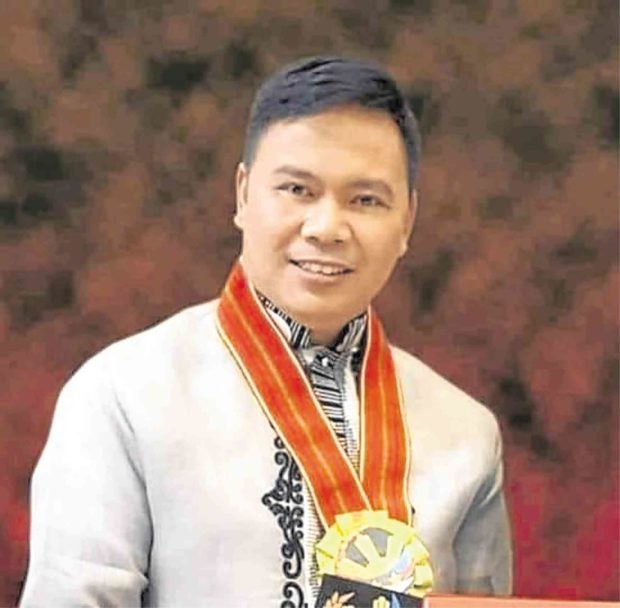 LEAP OF FAITH AND FORTUNE. Joel Apolinario eked out a living as a fisherman, construction worker and disc jockey before founding a religious corporation that now claims to have five million members. —KAPA MINISTRY’S FACEBOOK

GENERAL SANTOS CITY—When Joel Apolinario, pastor and founder of the embattled Kapa Community Ministry International Inc., arrived by helicopter and climbed onto the stage to address a mammoth crowd of supporters here on Thursday, he was cheered like a rock star.

It was quite a leap of fortune for someone who, as a young man, was a construction worker, a former radio technician, then a disc jockey before making it big as a “pastor” with millions of believers in his investment scheme that supposedly provided a 30-percent return on their “donations” to his “ministry.”

Wearing a white-collared Levi’s shirt, Apolinario showed up at the prayer rally with his wife, “Madam Reyna,” reportedly a former public school teacher.

The prayer rally, which police said drew about 100,000 to 150,000 people, was organized to urge President Duterte to reconsider his decision to shut down Kapa, which claims to have five million members.

But who is Apolinario?

Apolinario, who is in his 40s, is a native of Hinatuan, Surigao del Sur, who eked out a living as a fisherman and a construction laborer early in his life, according to some Kapa members who asked not to be identified amid efforts by his group to keep personal information about him away from public scrutiny.

Having the gift of gab, he became a radio broadcaster in his province, and eventually established Kapa cooperative stores in Bislig City, Surigao del Sur province, in the Caraga Region, sometime in 2015.

After allegedly getting into trouble with Bislig officials who questioned his investment scheme, Apolinario moved his operation to Region 12, or Soccsksargen, in 2017. He set up the new Kapa headquarters in Alabel town in Sarangani province near this city.

Although Kapa was supposed to be a religious organization, it has no church where his followers could worship, according to some members.

Instead, Kapa set up offices in various towns and cities in Mindanao, later expanding to the Visayas and Luzon, where members placed their “donations”—a euphemism for investments—and received their “cash gifts,” which were equivalent to about 30 percent of their donations as monthly interest.

“We could talk to him directly. His mission is to uplift the lives of the poor, who compose majority of the members of Kapa,” he told the Inquirer on Friday outside the Kapa office in Alabel, which has been closed since Monday after it was raided by the National Bureau of Investigation.

Last week, President Duterte ordered the closure of Kapa over allegations that it was involved in a pyramiding scam and violated securities laws. He said Kapa was liable for syndicated estafa, a nonbailable crime.

The Securities and Exchange Commission (SEC) said Kapa was running a Ponzi scheme in which existing investors are paid with funds from new investors. 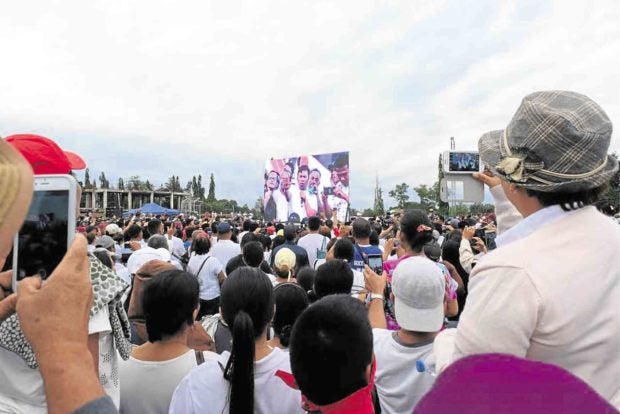 Accused of running an investment scam by no less than President Duterte, Apolinario addressed his followers in a mammoth prayer rally in General Santos City on Thursday. —BONG S. SARMIENTO

Apolinario showed up at Thursday’s rally to inform his followers that “Kapa’s operation is now fine with the President.”

“What we have been doing in the last three years he wants us to continue,” Apolinario quoted the President as allegedly saying. The crowd erupted in wild cheers.

The President, who was in this city also on Thursday to distribute certificates of land ownership, described Apolinario as nothing but a “con artist.”

He urged the public to heed his advice not to fall prey to Kapa’s alleged scam.

Duterte said that if people invested in Kapa, “tomorrow I will have you all summoned to line up here. You will each receive a punch from me, both men and women.”

“Believe me because I’m a lawyer, I am your President. If indeed that’s for real, I will be the one to tell you to go ahead, and I’d even join myself. But don’t you get involved in that because that’s a scam,” he said.

NBI spokesperson Ferdinand Lavin said they were in close touch with the SEC and both agencies planned a joint complaint against Kapa.

Lavin, however, said no member has come forward to file a complaint against the group.

The NBI and SEC are also eyeing violations of securities regulations since Kapa did not have the appropriate license for dealing with investment products.

According to the SEC, Apolinario set up at least 10 businesses since last year registered in the name of his wife.

The SEC disclosed that an estimated P50 billion had been collected in Kapa’s investment schemes from its “investors.”

Kapa lecturer Rene Catubigan told the Inquirer on Friday that Apolinario was going to meet with the President, with the meeting allegedly facilitated by Senator-elect Christopher Lawrence “Bong” Go, the President’s longtime aide.

Go, however, refused to comment “since the President has spoken and we should heed his advice because it is for the good of everyone.”

Sen. Antonio Trillanes IV has called on Kapa members to file an impeachment complaint against Mr. Duterte for violating their religious freedom when he shut down their group.

The call was quickly dismissed by Malacañang.

“Other than saying that the latest ranting of the incorrigible shameless former military renegade is as usual nonsensical and pompous, it is undeserving of a response,” presidential spokesperson Salvador Panelo said in a text message. —WITH REPORTS FROM ORLANDO DINOY, KRIXIA SUBINGSUBING AND JULIE M. AURELIO

Read Next
Nonworking holidays declared in 6 towns, cities
EDITORS' PICK
Nograles: Cabinet members to donate 75% of monthly salary to aid COVID-19 fight
10 Filipinos positive for COVID-19 in UK, 7 in Ireland — envoy
Diokno to Duterte: OK to make fun of buck tooth, but focus on people’s needs first
IATF to LGUs: Issue ordinances vs attacks on frontliners, COVID-19 patients
Robredo spox thanks Duterte for defending VP’s efforts vs COVID-19
Quick chat with Nicole Andersson: ‘You really don’t need much to be happy’
MOST READ
Coronavirus hotbed Rizal to shut borders on April 6
Sotto on Isko Moreno’s call: We do our job without the media following our every move
‘Money Heist,’ ‘Tales from the Loop,’ ‘Killing Eve,’ ‘Never Have I Ever,’ ‘After Life’: Five not-to-be missed series this April
ADB warns PH against prolonged lockdown
Don't miss out on the latest news and information.