newsinfo / Headlines
Headlines
FOR THE PANDEMIC-WEARY 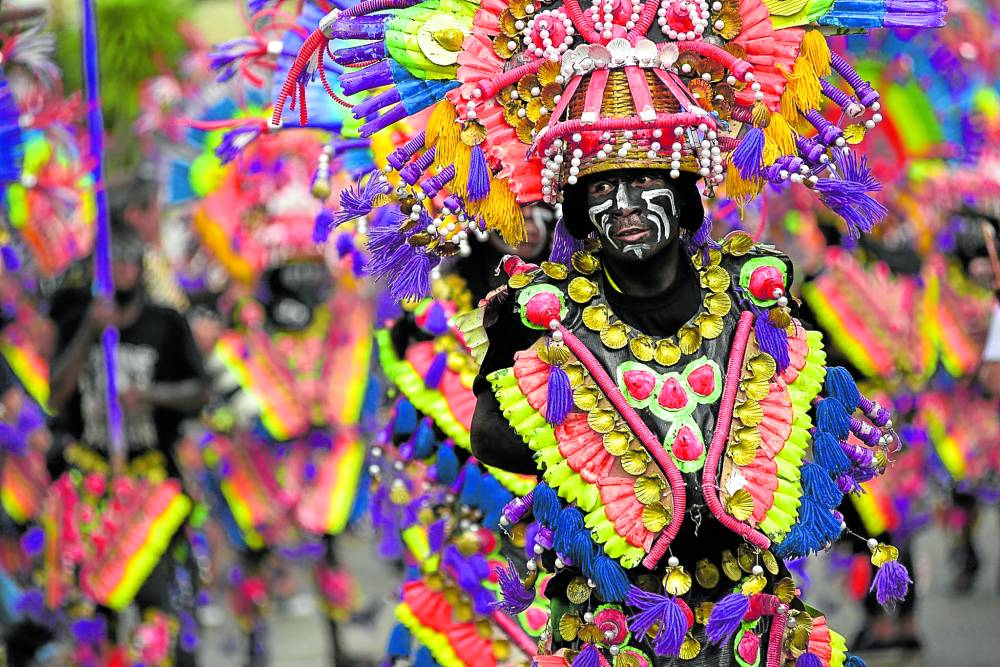 DEVOTION Devotees join the Kalibo Sto. Niño Ati-Atihan festival in Aklan province to honor the infant Jesus Christ in January 2020, during the last staging of the religious activity before the COVID-19 pandemic struck. The festival will be held this January but activities will be limited online due to the health crisis. —PHOTO FROM FACEBOOK PAGE OF KALIBO STO. NIÑO ATI-ATIHAN FESTIVAL

ILOILO CITY—Three of the biggest festivals in the Visayas will go on as scheduled in January 2022 amid a decline in the number of COVID-19 cases.

But two events will be held mainly online for the second year—Iloilo’s Dinagyang and Kalibo, Aklan’s Ati-Atihan. Cebu’s Sinulog would likely be a hybrid of virtual and in-person show.

These major festivals are among those held every January in honor of the Señor Sto. Niño, or the child Jesus.

Despite the continued decline in COVID-19 cases and high vaccination rates in these areas, especially in Iloilo City, organizers still opted to hold mainly virtual activities for safety reasons.

Iloilo City is among the local governments that have hit its target for herd immunity against COVID-19, with at least 70 percent of its eligible population now fully vaccinated.

About 34 percent of the total population of Aklan province, including its capital Kalibo, had been fully vaccinated as of Dec. 2.

The Kalibo Ati-Atihan is held in the second week of January with the highlight on Jan. 16, while Dinagyang festival’s culmination is on the fourth Sunday.

Organizers of the two festivals have ruled out an in-person Ati tribe street dancing competition, which usually draws the biggest crowds of spectators and devotees.

In January this year, seven Ati tribes each performed on location in the city’s seven geographical districts, depicting historical landmarks and structures, and traditional industries.

Prerecorded performances were livestreamed through social media and other online sites during the final day of the festival. In place of the traditional street dancing (“sadsad”), photographs of past Dinagyang festivals had been posted on social media pages by people who attended these events.

This year’s activities of the Kalibo Ati-Atihan, considered the oldest among the festivals in honor of Señor Sto. Niño, were mostly online with a 54-minute video presentation of performances in past festivals livestreamed on social media.

In Cebu City, Mayor Michael Rama announced that Sinulog, held every third Sunday of January, will push through.

“We will definitely have Sinulog. It’s just a matter of what is the concept, what is the style …,” he said.

The celebration, drawing millions of people before the pandemic, would likely be a combination of virtual and in-person shows.

In January 2021, the city government canceled all physical events of the Sinulog due to the health crisis.

Rama was hoping the city could reach its vaccination target so Sinulog could be staged as a physical activity next year.

Dr. Jeffrey Ibones, head of the Cebu City health department, said the city could hit its vaccination target before the end of the year.