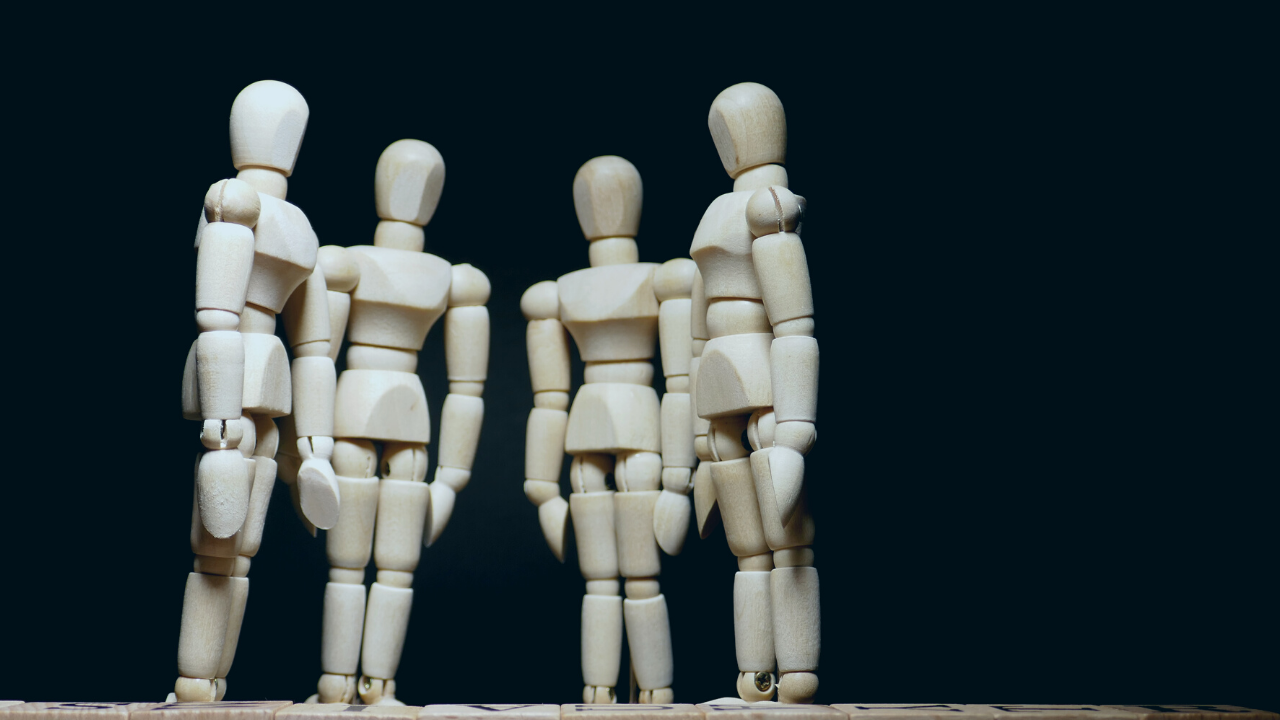 MANILA, Philippines—Ending corruption in government was one of Rodrigo Duterte’s promises when he was still campaigning for president.

His famous quote then: “I can’t promise heaven but I will stop corruption.”

READ: Duterte: ‘I can’t promise heaven, but I will stop corruption’ 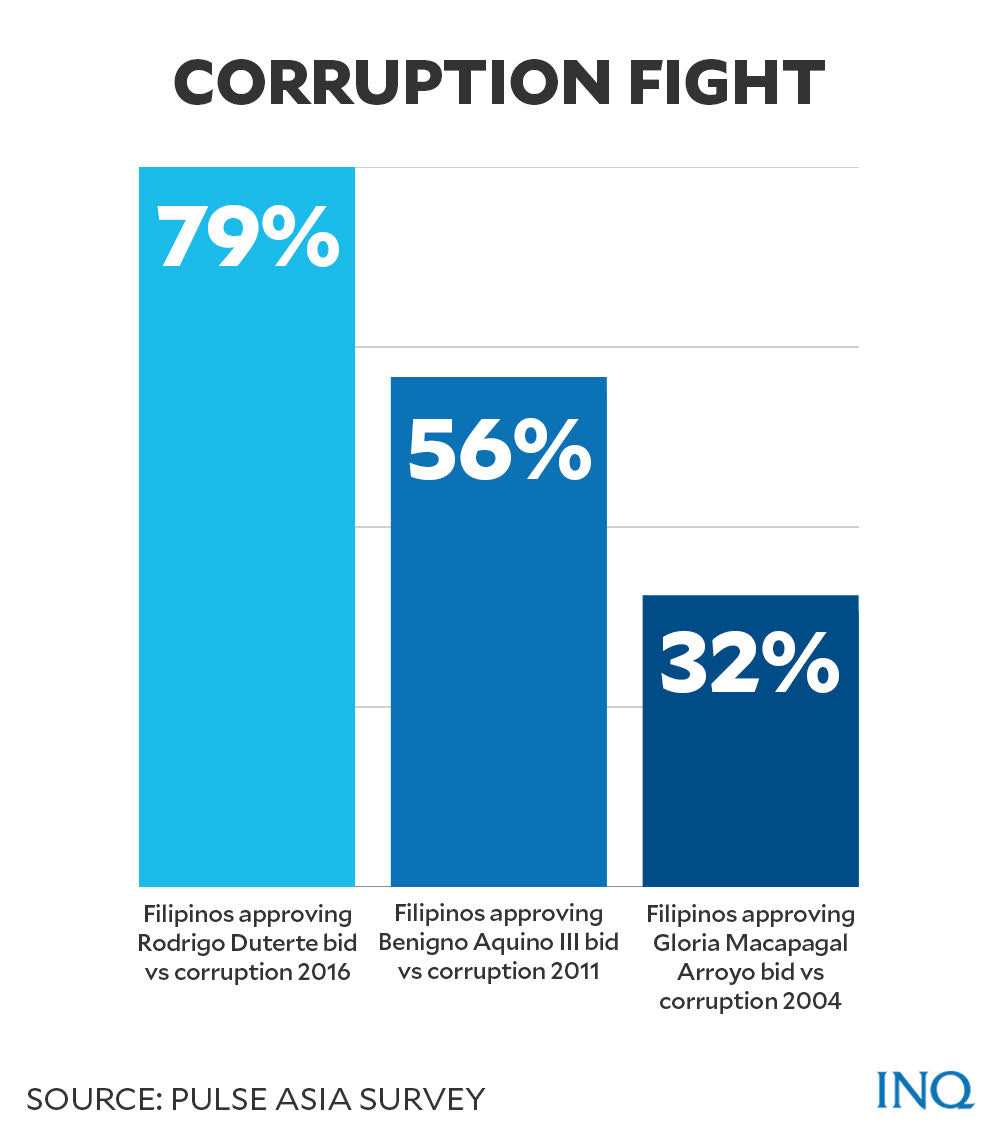 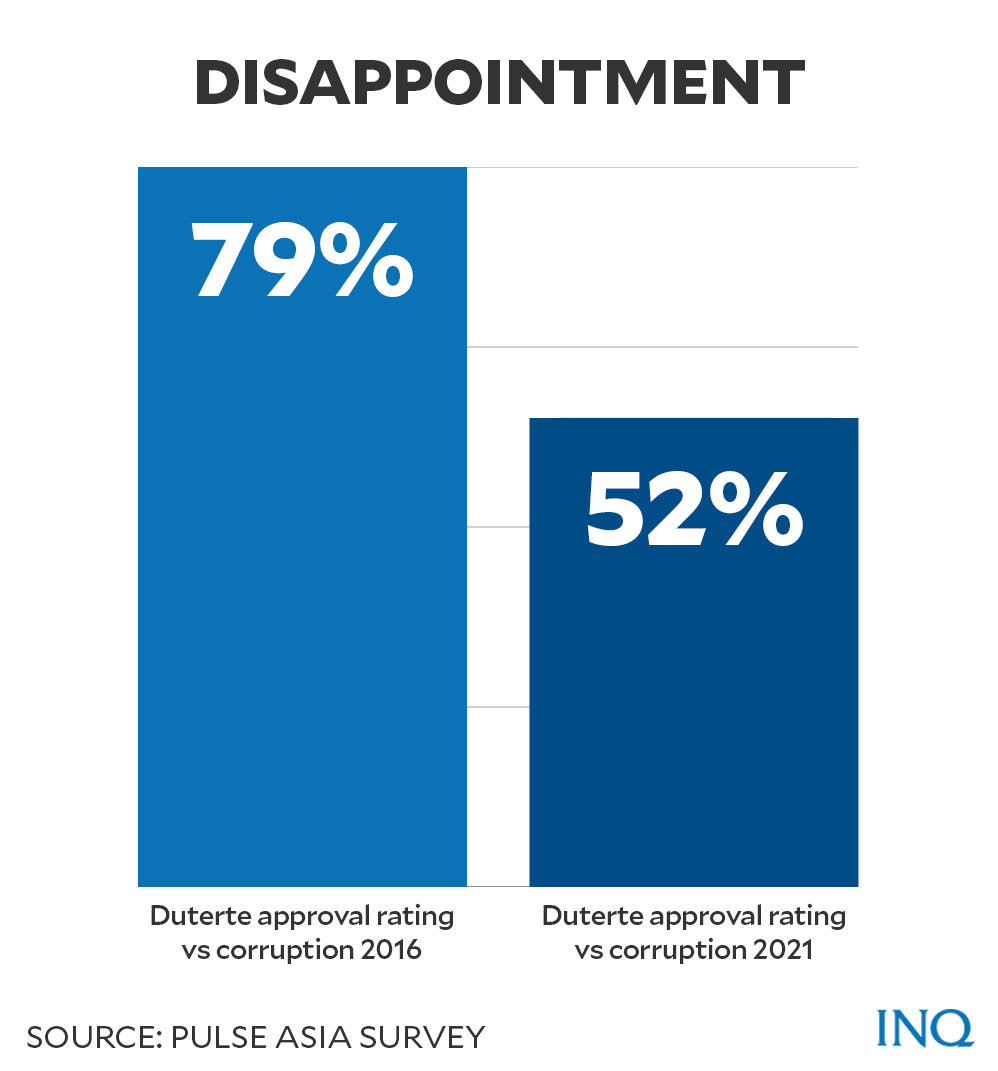 In September 2021, however, less than a year before the end of his regime and as Senate investigations exposed irregularities in the government’s COVID-19 supply contracts, Filipinos who approved of Duterte’s fight against corruption declined to 52 percent.

The Philippines, in the last four years, had an average rating of 34 out of 100 in Transparency International’s Corruption Perception Index with 1 being the highest ranking: RELATED STORY: Corruption scandals under Duterte: From whiff to helplessness

Deputy Ombudsman Cyril Ramos said in 2019 that the government had lost an estimated P670 billion in 2017 and P752 billion in 2018 because of corruption, explaining that 20 percent of yearly government resources were lost to corruption.

In his last State of the Nation Address, the President said corruption was “endemic in government”. Looking back, corruption has been persistent in nearly all administrations that governed the country since the downfall of the Marcos dictatorship.

The Political and Economic Risk Consultancy said in 2007 that the Philippines was ranked as “most corrupt” in Asia with 9.40 points. Indonesia and Thailand were both second with 8.03 points.

In 2021, the problem, however, was Duterte’s acknowledgement of helplessness in the fight which he said he would end in three to six months. “Nobody can stop corruption unless you overturn the government completely,” he said.

The Philippines, in 2022, will elect a new president who could either put an end to corruption, diminish it or abet it.

Here’s what the current crop of presidential aspirants say:

De Guzman said on Oct. 26 that individuals involved in corruption and killings should be prohibited from seeking elective posts.

“A government led by officials who are allegedly corrupt, killers, and thirsty for power will never become a good government. There should be a realization to prevent this kind of governance,” he told One News’ The Chiefs.

He said electing these kinds of officials will only make corruption endless.

Lacson, who was among the senators assailed by Duterte for the Senate investigation of COVID-19 spending anomalies, said he would immediately sign a bank secrecy waiver on his first day in office as president.

Lacson said he expects all other officials in government to do the same.

“To ensure our people that leadership by example will set the tone of my administration, I will lead the way by signing a waiver of my rights under the bank secrecy law and encourage all the members of the Cabinet, down to the rank and file to do the same,” he said.

He said his first 100 days in office will lay the foundation for a clean government.

Lacson also promised to catch the “big fish” in his fight against corruption.

“There must be a single standard of leadership, applicable to all. Unlike what we have seen in the past, the treatment will vary when someone close is involved, like someone who has helped a politician in the elections,” he said.

Marcos Jr. has not made any new comment yet on corruption. However, he told CNN Philippines’ The Source in October that he was not sorry for the violations committed by his father, the late dictator Ferdinand Marcos.

“I can only apologize for myself, and I am willing to do that if I have done something wrong and if that neglect or that wrongdoing has been damaging to somebody,” said Marcos Jr.

“No matter what apologies you give, it won’t be enough. It’s not been enough because the political forces opposing my father, let us remember, his government fell. They won. That side of the political aisle has been dominant since 1986.”

Moreno said on Oct. 1 that if he was elected as president, he would send individuals engaged in corruption to prison, saying that those who profit at the expense of Filipinos will not have a sound sleep.

“We will hold accountable those from the government who raped us and private companies that committed wrong, stole, abused their power, and we will hold them accountable in the eyes of the law,” he said.

Pacquiao, who said he has no questionable wealth, said on Nov. 17 that he wants to see corrupt government officials in prison as he promised to bring “real change”.

“People’s heads and ears get irritated because of corruption. I want to see these thieves in prison. That would be my happiness,”  he said.

Robredo said on Oct. 29 that while those seeking elective posts would promise to fight corruption, Filipinos should check if the commitment was genuine.

“When elections come, we all make promises. We say we are against corruption. But what will be the people’s assurance that we are really against corruption once we get elected? Always check where we came from,” she said.

Explaining her record, she said the Office of the Vice President received the highest Commission on Audit rating for three consecutive years. It proves her stance against corruption, she said.

As whiff of corruption emits bad odor, Duterte quick to defend his men