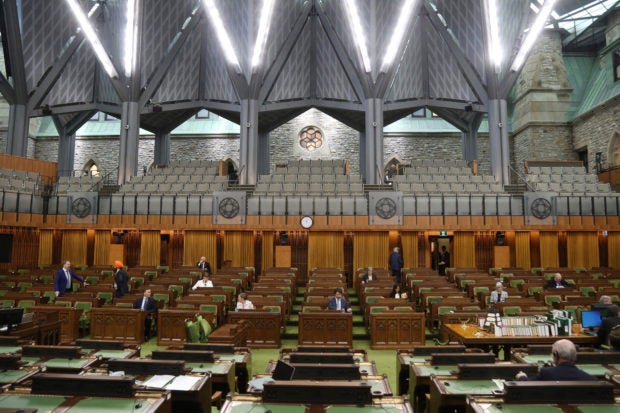 OTTAWA — Canadian lawmakers on Wednesday unanimously voted to ban so-called conversion therapy, after two previous attempts to criminalize actions seeking to change a person’s sexual orientation fell by the wayside.
“It’s an important day for Canadians,” Justice Minister David Lametti told reporters immediately after the vote in the House of Commons.
“It’s an important day to be who you are,” he said. “It’s an important day to love who you want to love. And it’s an important day to express yourself and to understand yourself the way you are and the way you want to be.”
Conversion therapy is an umbrella term for interventions to change a person’s sexual orientation or gender identity, based on a widely discounted belief that such a change is possible.
They are often clandestine and, apart from psychological treatments with contested evidence behind them, can also involve electric shocks, beatings, drugs or even exorcism.
Other versions of the bill were introduced by Prime Minister Justin Trudeau’s Liberals in the past two years, but failed to get through voting before parliament was dissolved, including in August for snap elections.
The revived bill — which makes it a criminal offense punishable by up to five years in prison to put anyone through conversion therapy — must still be passed by Canada’s Senate, but is unlikely to face resistance.
Tourism Minister Randy Boissonnault, who is also a special advisor to the prime minister on LGBT issues, commented, “This stuff was and is happening in dark places in our country and it has to stop.”
“Nobody can consent to torture,” he said.
ADVERTISEMENT
FEATURED STORIES
NEWSINFO
Food vendors on Bohol’s Virgin Island out for good
NEWSINFO
Palace: Heads will roll for sugar import mess
NEWSINFO
Juan Ponce Enrile calls out Mike Defensor for appearance in MMDA event