MANILA, Philippines — “Who financed the Dargani siblings’ P1.850-million chartered flight out of the country?”

This is the question Senator Risa Hontiveros plans to ask during the resumption of the Senate blue ribbon’s investigation into the government deals made with the Pharmally Pharmaceutical Corp.

In an online press conference on Wednesday, Hontiveros presented a document that showed that the chartered flight of Pharmally executives and siblings Mohit and Twinkle Dargani from Davao to Kuala Lumpur cost $37,000. 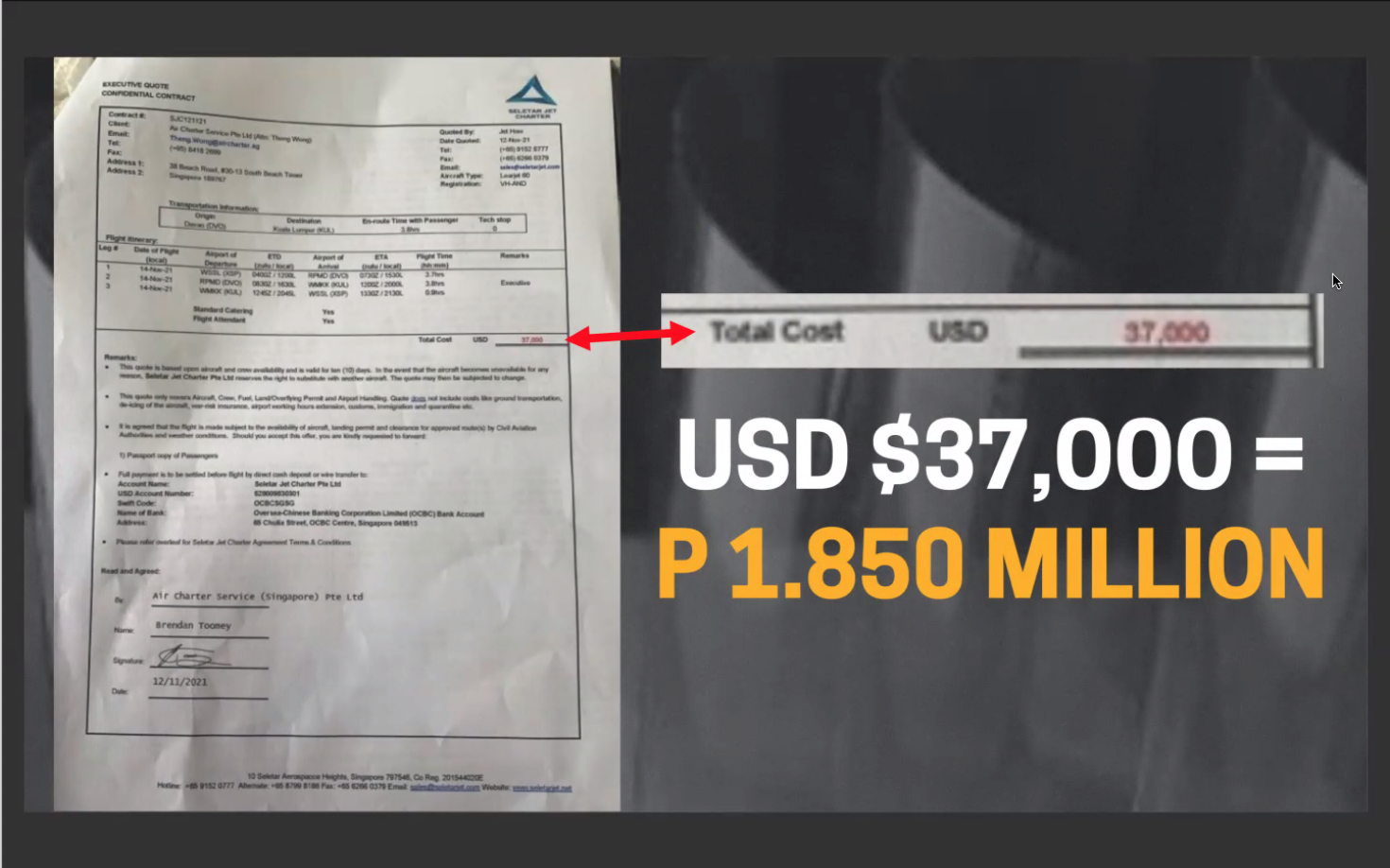 Slide presented by Sen. Risa Hontiveros during her press conference on Nov. 24, 2021. Screengrab

“Again, sana all. Parang nag-book lang ng halagang dalawang milyong byahe sa app [Again,  I wish everyone could afford that. It’s like they just booked a P2-million flight on an app],” she added.

According to Hontiveros, the document was from Seletar Jet Charter Pte Ltd, the operator of the chartered plane.

Hontiveros’ office received the document from a source and was “verified,” her legislative staff said.

Hontiveros likewise questioned how the siblings were able to avail of the P1.850-million chartered flight considering the amount of taxes they paid in previous years. 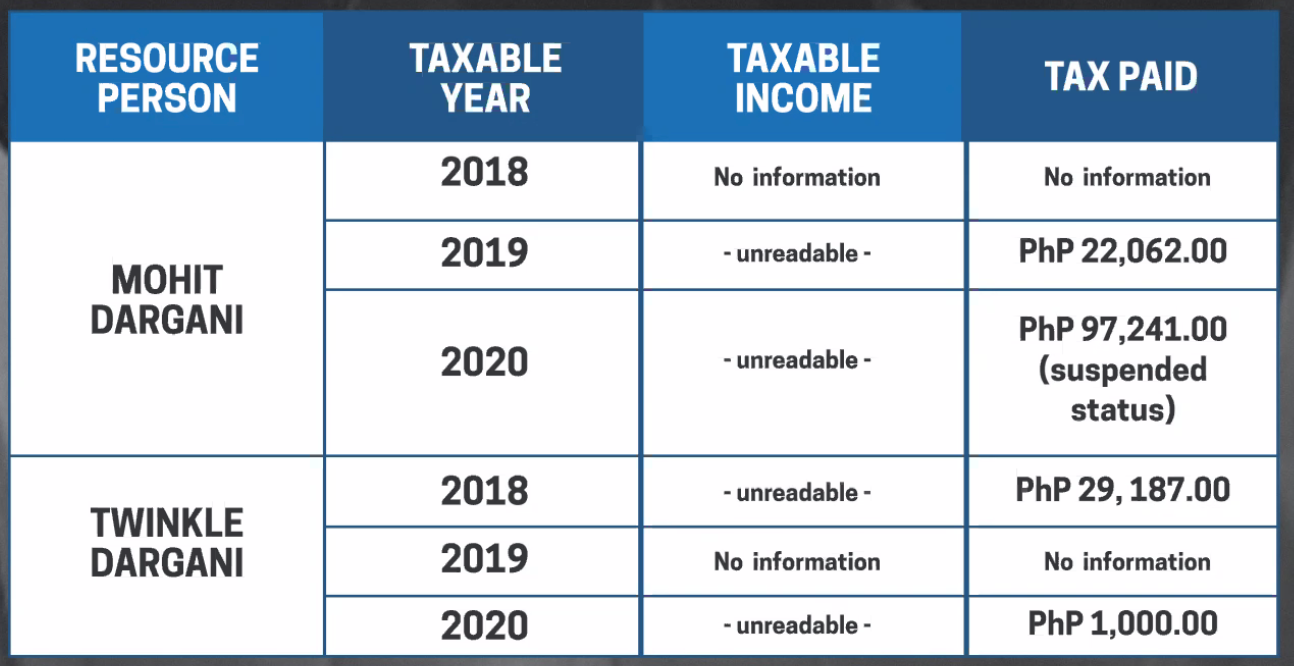 Slide presented by Sen. Risa Hontiveros during her press conference on Nov. 24, 2021. Screengrab

The same figures were earlier presented during a previous blue ribbon committee hearing by Senate Minority Leader Franklin Drilon, who cited records from the Bureau of Internal Revenue.

(That is why I want to ask this in the next hearing: How can the Darganis pay this amount of nearly P2 million for a chartered flight, are they paying the right income tax?)

“At bukod pa dyan, kung hindi sila ang nagbayad, ang tanong tuloy, sino ang nagbayad? The Darganis must be very important to that person who paid for it,” she added.

(And aside from that, if they did not pay it, who did? The Darganis must be very important to that person who paid for it.)

Hontiveros also wondered why the Dargani siblings were able to board the aircraft when their names were included in an immigration lookout bulletin as early as September.

She pointed this out after her office obtained an incident report from the day of their flight.

The report stated that “[u]pon arrival of the passengers, they were presented to the immigration personnel at the ramp near the aircraft and were checked personally one by one with their passport, and they were allowed to board the aircraft.”

This raises suspicion, Hontiveros said, that a scheme akin to the “pastillas” modus may have been involved.

But the senator said she has yet to gather enough evidence to prove this.

She added that she is also not ruling out the possibility that the immigration officers tasked to check the Darganis’ passports were the ones who tipped off the Senate security about the siblings’ whereabouts.

“Or in the better case scenario, sila ba ang nag-tip off sa Senate [were they the ones who sent a tip to the] OSAA (Office of the Sergeant-at-Arms)?” she added.

The Dargani siblings are currently in the custody of the Senate after their arrest at the Davao City Airport last Nov. 14 when they were about to flee to Malaysia.

The Senate ordered the arrest of the two after they were cited in contempt for their “refusal” to submit documents earlier subpoenaed by the blue ribbon committee.

The blue ribbon committee is set to resume its investigation this Friday, Nov. 26.