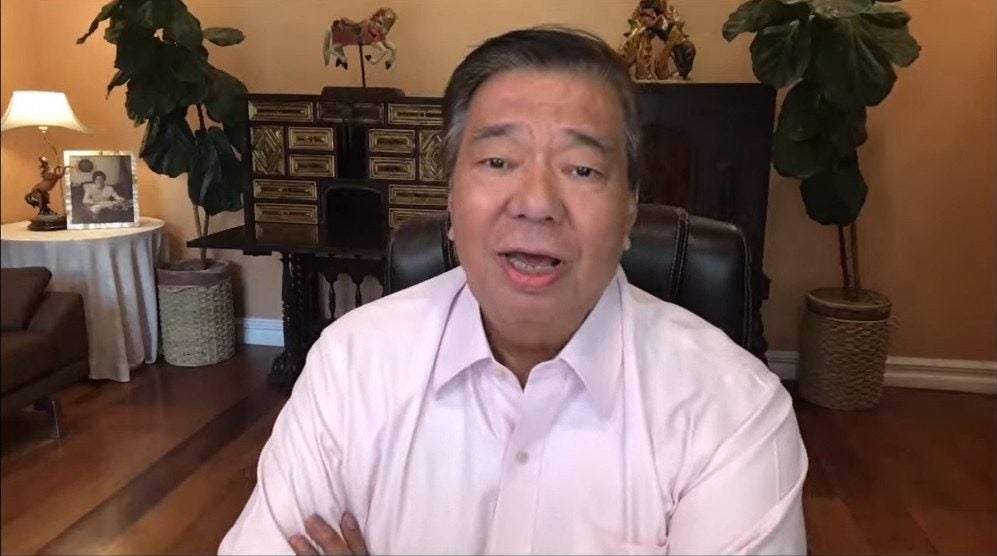 The undercapitalized Pharmally Pharmaceutical Corp. and its officers may not have paid the right amount of taxes last year and the company was awarded huge contracts for pandemic supplies that exceeded the limits allowed for its working capital in violation of the law, senators said on Thursday.

Citing records from the Bureau of Internal Revenue (BIR), Senate Minority Leader Franklin Drilon said Pharmally was told to pay a total income tax of only P95,502,130 in 2020 despite bagging more than P8 billion in contracts to supply the Department of Health (DOH) that year with face masks and shields, personal protective equipment, and COVID-19 test kits.

“So, it appears it is even the government that owes [Pharmally],” Drilon said during the 13th hearing of the Senate blue ribbon committee on pandemic response spending.

He did not say how much tax should have been paid by Pharmally.

The blue ribbon committee opened in August an investigation of the allegedly irregular transfer of at least P42 billion in pandemic response from the DOH to the Procurement Service of the Department of Budget and Management (PS-DBM) to make the purchase contracts for the medical supplies.

A preliminary report issued by the committee said Pharmally officers and some government officials, with the “imprimatur” of President Duterte, were involved in a “grand conspiracy” to defraud the government of billions of pesos in funds for the national health emergency.

Malacañang dismissed the report as a “tall tale.”

Based on the P42-billion pandemic response funds, Drilon estimated that Pharmally and other companies that won contracts for the medical supplies owed about P7.5 billion in taxes to the government.

“Apart from the overpricing, apart from the unqualified suppliers and apart from the preference on foreign suppliers, it is incumbent upon this committee to look into the tax liabilities of these companies,” Drilon said.

Over 10 times its capital

But Sen. Panfilo Lacson said that the company got more than its supposed limit of P5.9 million in total contracts based on the P599,000 working capital that it had reported that year.

“Pharmally should not have been given a contract that is more than 10 times its net working capital, yet it got hefty deliveries,” he said.

Lacson said Republic Act No. 9184, or the Procurement Reform Act, mandated that companies shall be awarded government contracts based on their net financial contracting capacity (NFCC).

“Why is it that in its first delivery, it already raked in more than P13 million? Here we can immediately see the violation [of the procurement law],” he said.

Records cited by the senator showed that in 2020 alone, the company was awarded a total of P8.82 billion in contracts, 149,374 times more than its supposed P5.9-million limit.

In 2021, it also bagged a total of P2.29 billion in supply contracts from the PS-DBM, still way beyond the threshold, Lacson said.

“Pharmally had no financial capability but the PS-DBM gave them these huge contracts,” he said.

Lacson said then PS-DBM head Christopher Lloyd Lao “exceeded his authority” in awarding the contracts to Pharmally and did not follow provisions of the procurement law, noting that NFCC is part of the eligibility documents that the Government Procurement Policy Board required of bidders.

Drilon called on the BIR to form a task force to conduct a special audit of the tax returns of the government’s suppliers.

“It appears like there could be violations of our tax laws. We should examine the potential tax liabilities of these companies, officials, and employees,” he said.

Drilon cited BIR records showing that Pharmally president Twinkle Dargani paid only P1,000 in income tax in 2020, less than the P29,187 she paid in 2018, a year before the company was established. There was no information on her tax payments in 2019, according to Drilon.

It was in 2020 and 2021 that Pharmally officers, including the Darganis, went on a luxury car-buying binge. The brother gifted his sister with a brand-new Lamborghini Urus valued at P25 million.

No record of tax returns for the year 2019 was available for Pharmally chair Huang Tzu Yen, Drilon said.

The tax records were made public upon a motion by Drilon, which committee head Sen. Richard Gordon allowed.

The income tax returns and other records of the Pharmally officers were submitted by the BIR during an executive session. These also included those of director Linconn Ong, regulatory affairs officer Krizle Grace Mago as well as Michael Yang, Mr. Duterte’s Chinese friend who served briefly as his economic adviser.

Senators also raised doubts on the tax payments made by Yang, who introduced top officers of Pharmally’s parent company to the President in 2017.

‘Slippery as an eel’

Sen. Francis Pangilinan pointed out that this meant that for that year, he earned an average monthly income of P17,333.

Gordon also quizzed Yang, who attended the hearing online and spoke through an interpreter, on his business interests in the Philippines, mainly his retail establishments in Davao City.

But he repeatedly expressed exasperation, saying Yang was “slippery as an eel” in his responses.

At one point, Pangilinan castigated Yang after the businessman openly yawned while the senator was citing his alleged links to Philippine United Technique Corp., which was supposedly involved in another procurement scandal involving the Philippine Charity Sweepstakes Office.

“We take offense that you think you can lie and you can get away with it. We are representatives of the Filipino people. Show us some respect,” Pangilinan said.