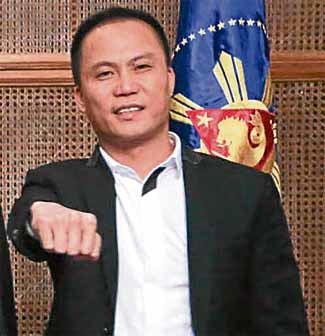 The DOJ issued the lookout order against Yang upon the request of Senator Richard Gordon, chairman of the Senate blue ribbon committee investigating the pandemic expenses of the Department of Health (DOH) under the Procurement Service of the Department of Budget and Management (PS-DBM).

According to the DOJ, an ILBO is “for monitoring purposes only and it is not, in and of itself, a sufficient prohibition for a subject’s departure from the Philippines.”

Yang’s name turned up in the Senate investigation after an RTVM video was played showing the Chinese businessman and officials of Pharmally Pharmaceuticals Corp. meeting President Rodrigo Duterte in Davao in 2017.

Senators have questioned Pharmally, one of the suppliers tapped by the PS-DBM, for bagging over P8.6 billion worth of contracts for medical supplies in 2020 despite being only several months old and having just P625,000 in paid-up capital.