‘No foreign armed forces can tell me to stay out,’ says Lacson on China warning en route to Pag-asa 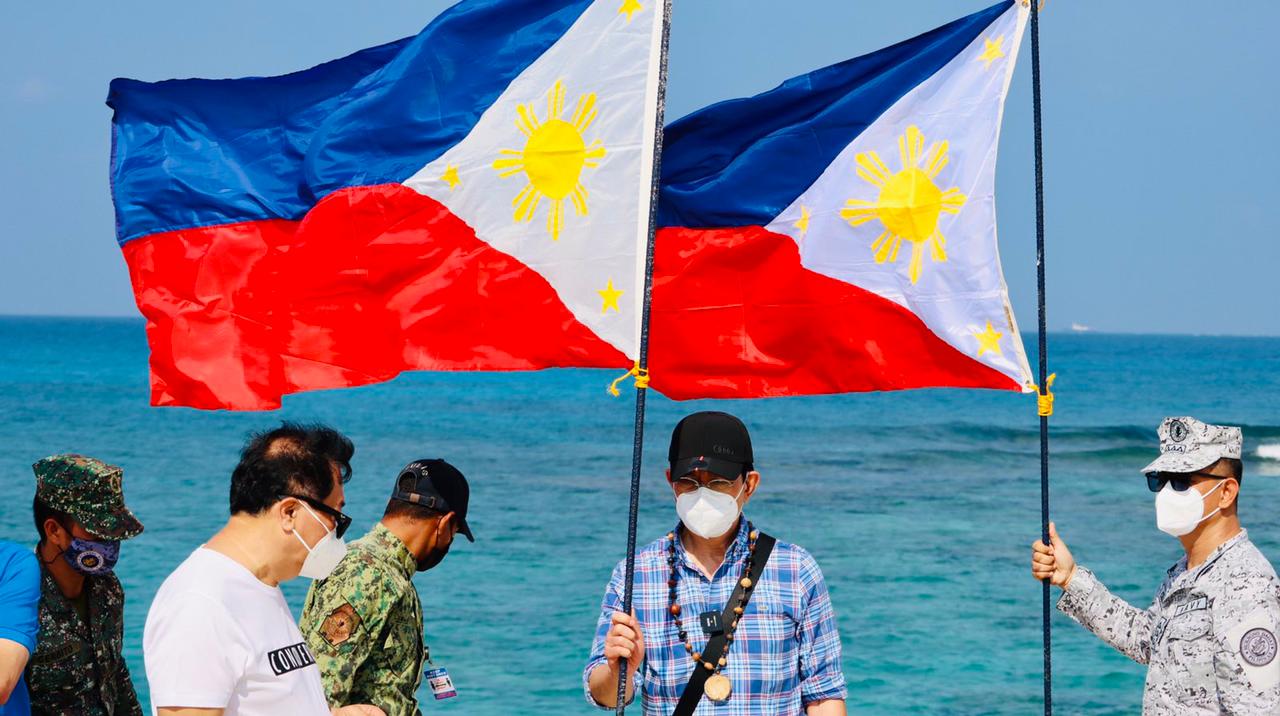 Presidential aspirant Senator Panfilo Lacson visits the Pag-asa Island in Kalayaan town, Palawan on Saturday, November 20, 2021, for a consultation with local residents and fishermen in the area amid recent tension with China in the West Philippine Sea. (Photo from Lacson’s office)

MANILA, Philippines — Presidential aspirant Senator Panfilo Lacson said he “never considered backing out” from his visit to Pag-asa Island despite the warning that his and his team’s plane received from the Chinese Navy on their way there.

“This is my country and no foreign armed forces can tell me to stay out,” Lacson said in a statement Monday.

In a tweet Sunday, the senator said the Chinese Navy “had no right” to shoo away their plane.

“Being radio challenged by a Chinese Coast Guard vessel stationed more than three nautical miles off the coast of Pag-asa, I never considered backing out. Aside from the possibility of being fired at being remote, this is my country, not theirs. They had no right. That was my mindset,” he said.

Lacson also recalled receiving an “unusual” text message saying “Welcome to China” as they landed on the island.

Lacson described the Nov. 16 incident as “totally unacceptable, even pathetic, on the part of our people involved in the resupply mission to Ayungin Shoal.”

Lacson, who chairs the Senate national defense and security committee, reiterated the need for balance of power in the West Philippine Sea to allow the Philippines to exercise its sovereign rights over its exclusive economic zone.

During his visit to Pag-asa Island Saturday, Lacson led a flag-raising ceremony and planted three Philippine flags and had a dialogue with the residents and the Armed Forces of the Philippines personnel stationed in the island to get their views on the West Philippine Sea issue.

In a meeting with Western Command officials led by Vice Admiral Ramil Roberto Enriquez, Lacson suggested that they “influence our national leadership” to go in the direction of maintaining a balance of power through strengthened and expanded alliances with better equipped and militarily capable countries, which like the Philippines, espouse freedom of navigation in the West Philippine Sea.

Read Next
DOH mulls whether booster shots would be part of nat’l vaccination drive
EDITORS' PICK
Smart offers wireless fiber-like speeds to Filipino homes with country’s first 5G Prepaid Home WiFi
Pharmally’s Twinkle Dargani in tears when asked about missing documents
Corruption in PH: Where presidential aspirants stand
Two more sites at Robinsons Malls for temporary offsite passport services
BIR audits tax compliance of Pharmally
Holidays made best with Acer’s ‘Holidays at Home’ raffle promo
MOST READ
Roque ‘hurt’ after presidential aspirant did not adopt him in Senate lineup
Gordon: ‘How dare you ask for Filipinos’ vote when you failed them?’
Pharmally’s Twinkle Dargani in tears when asked about missing documents
WHO chief scientist say Omicron is very transmissible
Don't miss out on the latest news and information.