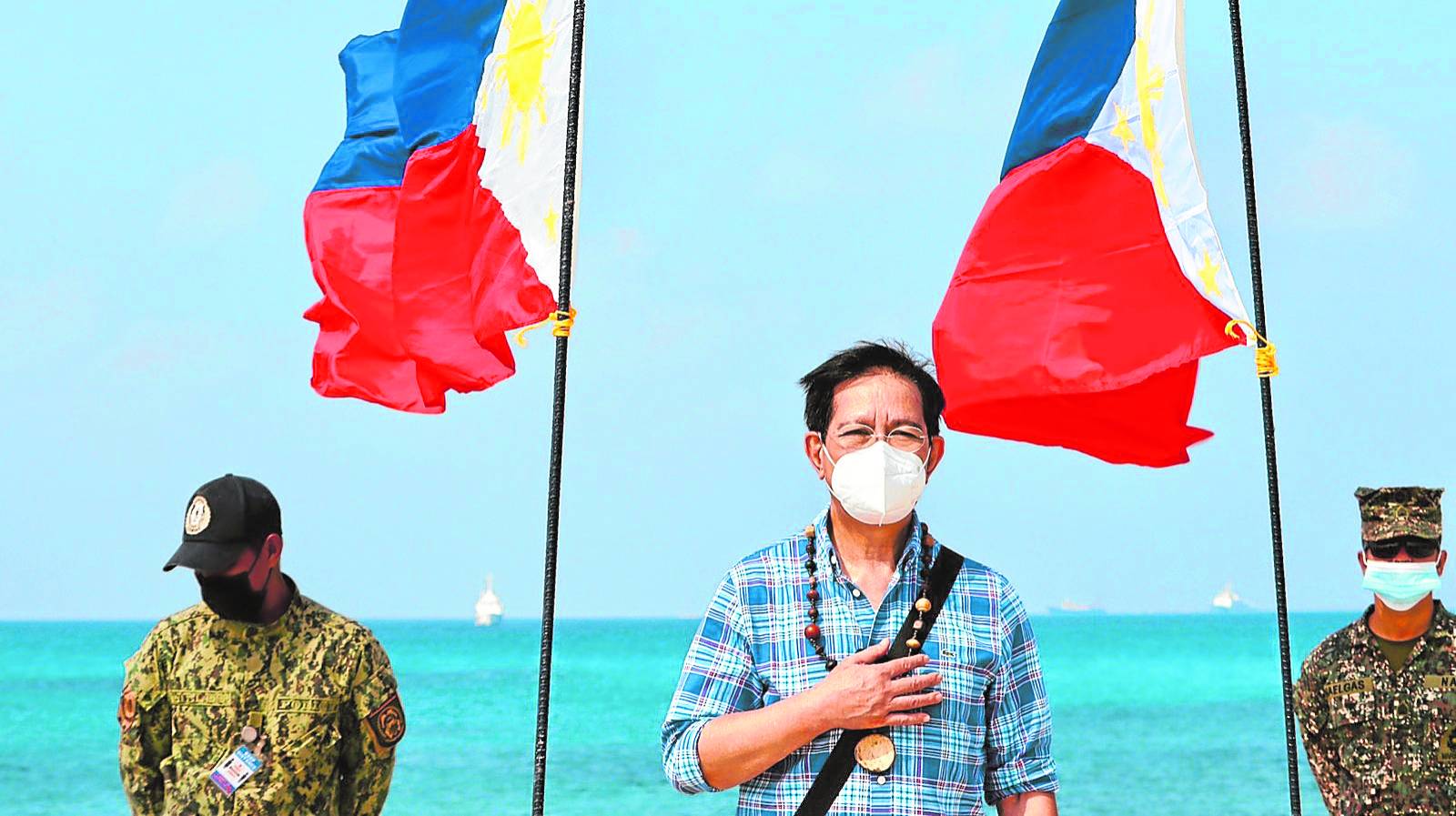 MANILA, Philippines — The plane carrying presidential aspirant and Senator Panfilo “Ping” Lacson received warnings from the Chinese Navy to stay away as it made its way to Pag-asa Island in Kalayaan, Palawan.

Lacson who is running under Partido Reporma visited Pag-asa (Thitu) Island and Puerto Princesa City in Palawan on Saturday and met with members of the Armed Forces of the Philippines (AFP) Western Command (WesCom) amid recent tension with China in the West Philippine Sea.

According to a statement from Partido Reporma, the Chinese Navy radioed Lacson’s plane the following message: “You are approaching our military zone. Please stay away from the area and leave immediately. Your actions are unfriendly and dangerous. Your actions are dangerous.”

“This is Chinese Navy. You are approaching our military alert zone. Leave immediately in order to avoid misjudgment,” the Chinese Navy added.

Partido Reporma spokesperson Ashley Acedillo, who was also aboard the said plane, narrated that pilots then calmly responded to defuse the tension after receiving the radio warnings.

(There is a standard reply and before we flew there, our private pilots coordinated with the AFP )

Meanwhile, Lacson himself also admitted that he received a text notification on his phone with the message “Welcome to China” as soon as they landed on Pag-asa Island.

Foreign Secretary Teodoro Locsin Jr. earlier said that he had conveyed “in the strongest terms” the Philippine government’s “outrage, condemnation, and protest” to Chinese Ambassador Huang Xilian and to China’s foreign ministry and demanded their ships to back off.